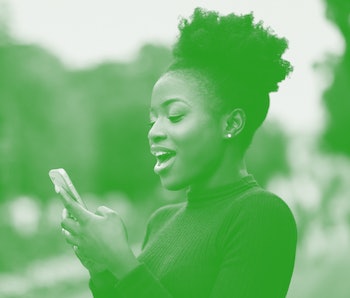 On Tuesday, Twitter announced that its Trends will now feature pinned tweets and / or brief explainer copy. These tweets will be representative of the topic taking the platform by storm and curated by a mix of an algorithm and a team of humans. These changes are expected to be the first in a long list of updates to the way Twitter features news and trends. Pinned tweets are available on Twitter’s Android and iOS apps right now, and coming to the website soon while all platforms will feature trend descriptions in the coming weeks.

We did it! — Well, we would like to think our plea for context around celebrity names pushed Twitter over the edge, but apparently “why is this trending?” was tweeted more than half a million times in the last year. In addition to general confusion and celebrity death scares, Trending Topics are increasingly fueled by divisive bots with political agendas.

“Our algorithms are designed to identify representative tweets that aren’t potentially abusive, spam, or posted by accounts trying to take advantage of our system,” reads the announcement by Liz Lee and Frank Oppong, Twitter’s senior product trust partner and product manager, respectively.

To keep these algorithms in check, Twitter’s curation team will now have even more say in what qualifies as news — a great shift for tackling bots and a potential sticking point if they end up silencing the wrong topic. In lieu of representative tweets, brief text may accompany some topics, building on the infrastructure of Twitter Moments.

Taking its job seriously — Though imperfect, Twitter continues to showcase a strong understanding of its responsibility to the public, especially regarding the way the platform disseminates information. From flagging misinformation to reducing the proliferation of spammy, copy-paste tweets, Twitter is at least trying to bring some honesty and integrity to its users’ feeds. There's still no sign of an edit button, though.