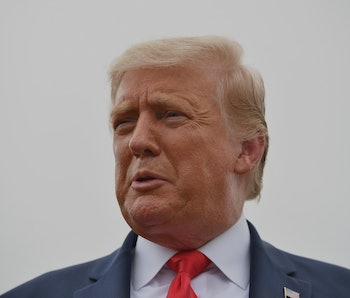 Twitter today announced an expansion of its rules targeting election misinformation, this time aimed at tweets that undermine confidence in elections. Under the change, tweets that suggest the upcoming US election has been rigged will be fact-checked or removed, as will tweets calling election results prematurely.

Twitter in its post suggests that calling results early could lead to unlawful interference to impede the peaceful transfer of power or orderly succession. Basically, the company is saying Trump might try to call a win and then refuse to leave the White House.

Attacking mail-in ballots — President Trump has repeatedly made suggestions on Facebook and Twitter that mail-in voting is susceptible to manipulation and fraud despite there being no evidence to support it. The FBI recently came out with a statement saying it has found no evidence of any coordinated campaigns to commit mail-in ballot fraud in the upcoming election. These types of statements and policy changes have no precedence under other presidents but, you know.

Studies have found that voting from home increases overall turnout, though it's unclear if it favors any political party.

Both Facebook and Twitter have already taken action to fact-check or provide context on Trump's tweets as many people are expected to vote by mail due to the coronavirus pandemic. Twitter in the summer appended one of Trump's tweets with a link directing users to more information about the reputability of mail-in ballots, while Facebook last week slapped a post from Trump with a label saying that "voting by mail has a long history of trustworthiness." Facebook also said it will stop accepting political ads a week before the election, while Twitter doesn't even sell political ads at all.

In response to Twitter's label, Trump signed an executive order attempting to walk back protections provided to social media platforms under Section 230 — ironic from the party that's apparently all for free speech. The FCC has been asked to reinterpret the law but hasn't yet acted, and doesn't have much time to do so before the elections.

Echo chambers — Considering that Trump has worked hard to discredit tech companies as being biased in favor of Democrats, it's tough to see many of his supporters being swayed by some small labels under his posts. They'll listen to what he says and ignore the rest.

Facebook has removed some false content, including a video of Trump encouraging supporters to vote twice — once by mail and once at the polling station, even though that's illegal. It still gives him a lot of leeway to imply fraud, however, because Facebook has said it doesn't want to be the arbiter of truth. Also it probably just doesn't want to be attacked by Republicans.