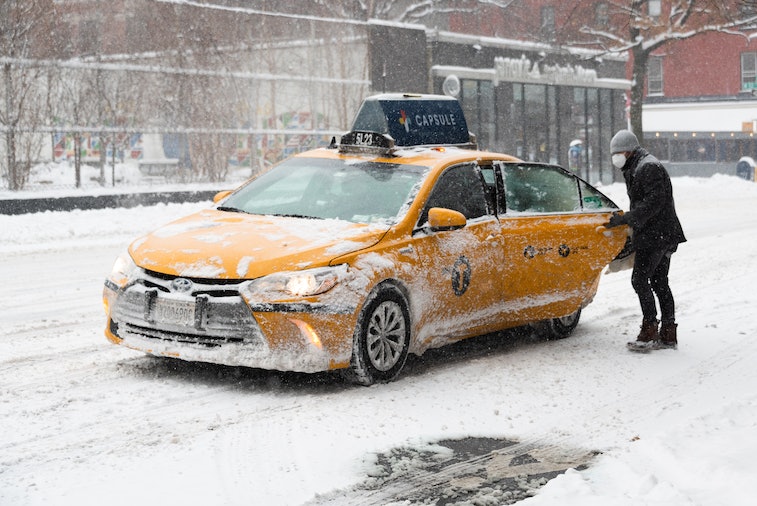 As first reported by the Wall Street Journal, Uber will now offer its extensive New York City userbase the option to hail rides from yellow cabs through its app beginning in the spring. A yellow taxi will cost around the same amount as an UberX trip, or the standard individual ride that the company offers.

Yellow cab drivers will be able to evaluate incoming ride requests before choosing to accept or reject them, which will allow taxi drivers to see their potential earnings before undertaking a trip. The decision to integrate NYC’s fleet of around 14,000 taxis into its app arrives on the heels of a unique partnership between Uber and technology companies Creative Mobile Technologies and Curb. The trio of firms will of course receive a portion of the fares.

A Reuters piece outlined Uber’s intent on targeting the taxi industry in order to maintain a steady level of growth. During an investor day last month, the company described it as “a highly fragmented $120 billion industry with 20 million active vehicles.” By 2025 Uber seeks to include every taxi to its service, a lofty goal that was echoed by Andrew Macdonald, Uber’s senior vice president:

When we look at the next five years, we just don't see a world in which taxis and Uber exist separately. There's too much to gain for both sides.

Grim overtones — Macdonald’s statement would probably be considered a slap in the face by the city’s taxi drivers, who have seen their industry be completely disrupted by the ride-sharing company over the course of the last decade.

A New York Times feature from 2019 outlined the rising cost of medallions (a transferable permit that allows drivers to own and operate their own vehicle) despite a decrease in intrinsic value, considering the number of options people have when it comes to ride-sharing. “Between 2002 and 2014,” the report notes, “the price of a medallion rose to more than $1 million from $200,000, even though city records showed that driver incomes barely changed.”

Even worse than the financial aspects of everything (more than 950 medallion owners have filed for bankruptcy) is the mental toll that the disruption has had on drivers who are largely comprised of immigrants and other marginalized populations. Suicide has plagued the taxi industry, as drivers face the reality that paying off their medallions will be almost impossible, considering their inflated value and the fact that competition within the space has never been higher with the introduction of Uber and Lyft.

So, while Uber touts the move towards taxi integration as a symbiotic relationship, it reads more as a white flag being raised by an industry that was forced to adapt under Silicon Valley acceleration.