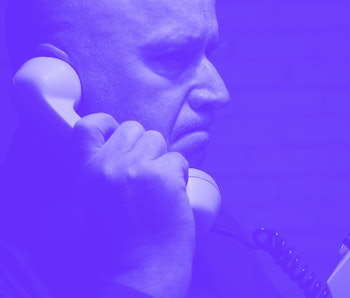 Uber users in Arizona can now order a car over the phone. No, not via the ride-hailing company’s mobile app, but with a telephone call. You know, like the old days when you had a regular cab service or even a regular driver you could call at the end of a long night… or the start of one. The Financial Times reports the company is testing the service in every Arizonan city in which it operates, after which it’ll consider expanding the feature for all U.S. cities.

Call to ride — The service will be offered in English and Spanish, and users won’t need an existing Uber account to call in and request a car. They’ll be able to set up an account over the phone with assistance from the person on the other end, and will receive confirmation of their ride via text message. If you're still rocking a cell phone (believe it or not, there are still new ones like the revamped Nokia 3310 or the Supreme x Blu burner phone) at least you now have a way to hail an Uber without the app.

No user left unsigned up — Uber says the service isn’t just aimed at older (read: boomer) users, but for “anyone preferring conversational support.” Like Uber’s decision to add cash payments in developing markets after initially only offering billing by credit or debit card, the move is likely aimed at squeezing the last bits of new user growth out of pretty saturated markets. After all, Uber’s goal is profitability and getting there is going to require adding every additional user possible while also cutting costs.