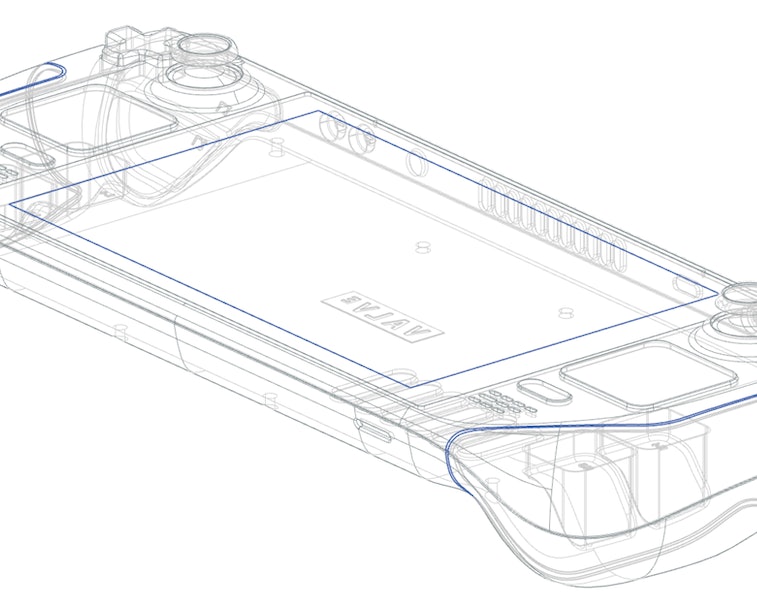 In a world full of Sonys and Nintendos, be a Valve. While they’re getting ready to ship out the highly-anticipated Steam Deck, Valve released all the CAD files for its upcoming handheld gaming device. This means we can 3D print it, or at least the shell of it, even before we get our hands on the real one.

Visually, we already have a sense of how chonky the Steam Decks are, thanks to a bunch of comparison photos by YouTuber Cary Golomb. But with these CAD files, those with access to a 3D printer can print out an exact replica to get a more tactile feel for the controls and ergonomics or potentially even build their own versions.

With exact dimensions of the Steam Deck, it should make life a lot easier for those who want to tinker, mod or make accessories for the handheld, which could theoretically all be made before they get the device. Many users already commented on Valve’s blog post, saying they’ll be able to see if their cases fit and make mounts or stands for the Steam Deck.

All the files you need — Valve put out all the CAD files in a GitLab repository, which mostly includes an STP model, an STL model and a PDF of reference drawings. The company is letting the community use these under a Creative Commons license, which specifically excludes commercial use, but Valve noted that if you’re interested in creating a commercial product based on these files, you should get in touch with them.

Valve even went as far as welcoming us to do whatever we want with the Steam Decks when we get them. But they did include a warning that any damage you do won’t be covered by the warranty and that you might break your Steam Deck or get hurt in the process.

“You have every right to open up your Steam Deck and do what you want with it,” Valve wrote on its blog post. “That said, we highly recommend you leave it to professionals.”

Valve’s consistency in releasing CAD files is in stark contrast to other major gaming companies like Sony and Nintendo. When Sony was late to the party of putting out skins for its very white PS5, they started suing companies that filled the void before ultimately releasing their own. And Nintendo has a well-earned reputation of being particularly litigious when it comes to community-generated ideas for its games, devices or any IP really.

Instead, Valve said in its post, “we're looking forward to seeing what the community creates!” But let’s try not to freak them out too much with some of our more creative designs.