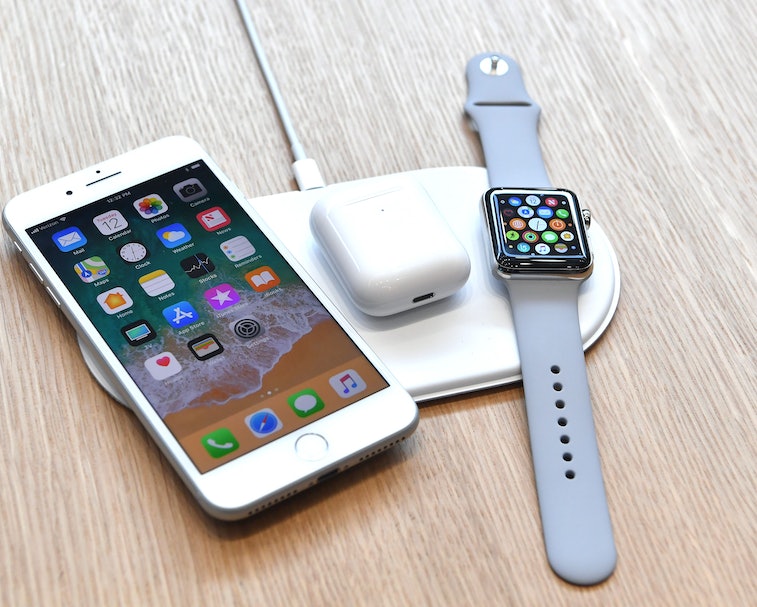 A video sent to 9to5Mac reportedly shows a prototype of a new Apple wireless charging pad expected to launch with the iPhone 12.

The video corroborates previous reports that the iPhone 12 will feature a built-in array of magnets that would allow it to snap into place directly over the pad's charging coils. The wireless charging technology used in today's smartphones can be frustrating to use because if you don't get the positioning of the phone correct it doesn't charge. Or, if you're a little off, it may still charge, but will do so at a snail's pace.

Solve for positioning — This isn't the first time Apple has tried to make a wireless charging mat. AirPower was announced to much excitement as a charging mat that would allow users to set down multiple devices —like an iPhone, AirPods, and an Apple Watch — anywhere and they would begin charging. But Apple eventually canceled that project, purportedly because the free positioning nature required multiple charging coils to overlap one another and this configuration could cause overheating.

This magnetic implementation could be Apple's way of solving the positioning problem — users wouldn't have to be so precise when they lay down their phone. And who knows, maybe Apple will introduce a slightly modified AirPower product just with coils that don't overlap. Magnets could also allow for other accessories to be attached to the iPhone 12. We'll know soon enough when the new phone is announced.

Support for wireless charging could also enable Apple to ditch the last remaining port on the iPhone — the Lightning port. Though we honestly hope the company doesn't do that — and instead opts for USB-C as it has on its Pro-level iPads — because Qi charging isn't as fast as cabled. And it makes it harder to use battery boosters or use your phone while it's charging.