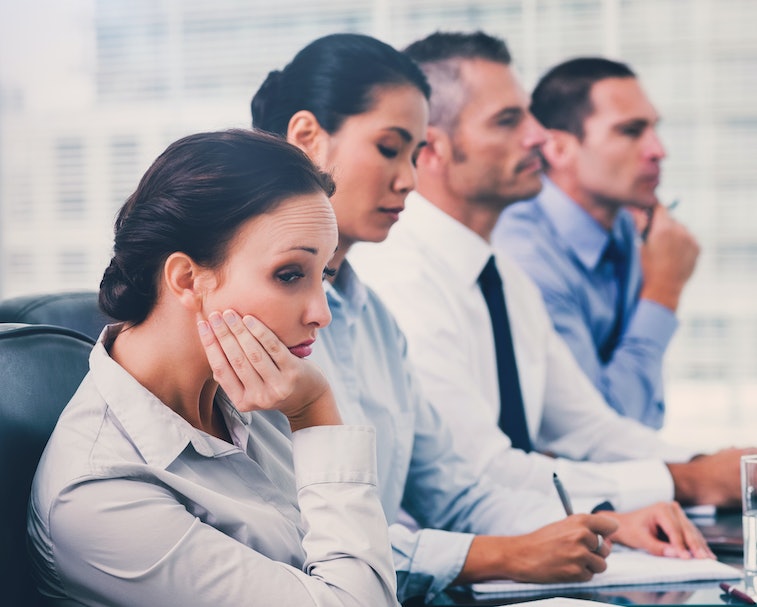 Zoom has proven a workable replacement for in-person meetings during the age of coronavirus, but meetings are often long and draining, especially the remote kind. "Zoom fatigue" is a new phrase being thrown about as research shows remote meetings require more focus. Voodle thinks the solution is brief, one-minute videos where team members can share important news and updates with their colleagues. So, TikTok for offices then?

Meetings are a real drain – Voodle's app for iOS (there's no word on when an Android version is coming) is supposed to cut down on all the time spent dealing with pleasantries and people accidentally leaving their microphones on by instead having team members create concise, 60-second videos when they know exactly what they want to say. They still get to convey the emotion email or instant messaging lacks, but people don't have to stop everything they're doing for a meeting, which can cause a lot of distraction. A lot of communication boils down to a few key points shared back and forth anyway – the 60-second limitation should help cut out any rambling.

Studies have shown that it takes about 25 minutes to get back into a productive workflow after you've been interrupted. And just think about all the times you've been distracted before an upcoming meeting because you're wasting energy thinking about what you'll have to present or say. Voodle is asynchronous, so you can stop to look at the video updates on your own time, when you're not in the zone. That said, you know some people aren't going to embrace the brevity Voodle's going for, and will just going to send 10 Voodles, which will be the video equivalent of back-to-back voicenotes... but because it's work you'll have to watch them.

Inspired by TikTok? – The Voodle app is pretty straightforward, and as the interface looks like TikTok, it'll be familiar to anyone who's used the short-form video app (that was earlier this week banned in India). To record a video you press a single button. When you're finished, Voodle will process and transcribe the recording so members of your team can read instead of listening. Sifting through audio can be less efficient than text, so transcriptions combined with AI-powered search is supposed to make it easy to find updates on whatever topic you're looking for. With playback options of 1X, 1.5X, and 2X, you can cut down listening time even further than one minute.

If it works as promised, you really get the best of both worlds with Voodle. The human connection is there from seeing and hearing people, but without the mental drain of Zoom. And because messages are pre-recorded, you can finish whatever you're doing before looking at the updates. Teams have to be willing to adopt it, though, and not add Voodle updates on top of meetings rather than in lieu of them. If it adds distraction instead of subtracting it then Voodle will only make things worse.