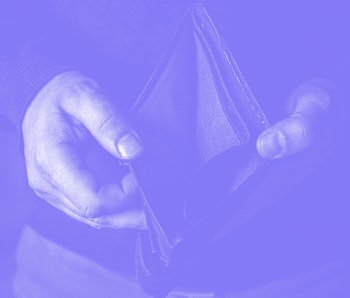 Voyager Digital has become the latest victim in the ongoing crypto winter after filing for bankruptcy this week. Stephen Ehrlich, CEO of the company, noted on Twitter that the move was influenced by both “prolonged volatility,” in the crypto space, as well as the default of Three Arrows Capital (3AC), a crypto hedge fund based in Singapore.

Similar to what happened to Celsius, another crypto-lending exchange, Voyager suspended user activity last Friday, including the ability to withdraw, trade, or deposit funds across its platform.

The move was a domino effect of sorts, following the liquidation of 3AC which defaulted on a loan from Voyager amounting to about $325 million bitcoin and $350 million in USDC, a stablecoin pegged to the U.S. dollar.

No alternative — Initially the freeze in user transactions was meant to be a severe stopgap solution, giving Voyager some time to figure out what to do next, but as the The Guardian has pointed out, 3AC’s Chapter 15 bankruptcy filing, “allows foreign debtors to shield US assets from creditors.” Given that the hedge fund is based in Singapore, those loans doled out by Voyager have most likely been relegated a bit further down the firm’s priority list.

Regardless, Voyager’s “Plan of Reorganization” will attempt to give customers who had crypto in their accounts a combination of this sum an undisclosed amount of the proceeds that are eventually recovered from 3AC, shares in whatever company emerges from the ashes, and Voyager tokens.

It should probably that the Plan of Reorganization is not a guarantee that everyone who held funds or assets on the platform will be made completely whole again. The fact that stock in a new business venture, as well as Voyager tokens (which won’t have much value initially), are being included in the reimbursement suggest users should not expect a full refund.

This entire process will also take time, given that it will be court-supervised, and is subject to another institution’s liquidation process (3AC). For what it’s worth, the company has over $110 million in cash and will continue daily operations as it enters bankruptcy, giving employees a little more time to set up contingency plans.

Crypto’s downturn has been rough. Major players like Coinbase are undergoing mass layoffs, while Celsius plays its own infuriating game of chess with users’ trapped funds. Unfortunately, while crypto lenders are able to limp away with a Chapter 11 filing, regular people may not get so lucky.

More like this
Jackson Chen
8.8.2022 7:13 PM
Tech
Samsung is offering NFTs that actually do something with its next foldables
Will Gendron
8.17.2022 4:00 PM
Crypto Crimes
The Coinbase insider trading hole may run deeper than we thought
Will Gendron
8.16.2022 9:48 PM
Culture
Celsius is an even bigger dumpster fire than we thought