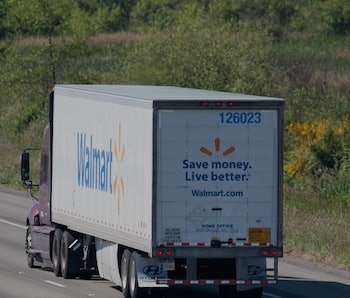 Having mostly failed in its war to beat Amazon at digital shopping, Walmart is branching out to deliver goods for other businesses.

GoLocal is a new delivery-as-a-service business that will give sellers access to Walmart’s vast network of fulfillment centers, trucks, and other infrastructure to deliver goods to their customers.

Escaping Amazon — Walmart says that it reaches nearly 70 percent of the U.S. population. Small sellers could theoretically capitalize on that to reach customers with fast shipping even if they don’t want to cave and offer their goods on Amazon. It’s been hard for anyone to compete with the tech giant because it’s managed to build out its own, massive network of warehouses to reach customers, who have become accustomed to fast and free shipping. An alternative like selling through Shopify with fulfillment by Walmart could be a way to break free.

"Walmart has spent years building and scaling commerce capabilities that support our network of more than 4,700 stores,” CEO John Furner said in a press release. “And we look forward to helping other businesses have access to the same reliable, quality and low-cost services."

The new white-label service includes delivery on a range of goods including products with complex size and shipping requirements. It will expand to offer additional services in the future, according to Walmart.

Delivery network — The model of charging to use its delivery network is one that Amazon has already adopted. Merchants who sell on the website can pay an extra fee to store their goods in its fulfillment centers, where Amazon will then take care of the work of packing and shipping orders to customers. The company invests the sales commissions it earns directly back into the network, constructing more fulfillment centers and even buying jumbo jets to move goods around.

Walmart several years ago bet that its network of 4,700 stores could help it compete with Amazon in digital, but today the big box store only holds about 7 percent of e-commerce market share while Amazon controls roughly half. There could be different reasons why it failed, but perhaps one is that Amazon already has a huge selection of goods, and more than 200 million people are locked into a Prime subscription.

Shopify’s market share has been growing, however. The service offers white label e-commerce sites to independent sellers, and charges a smaller monthly fee than Amazon does.