Warren Buffet finally ditches his flip phone for an iPhone

“You’re looking at an 89-year-old guy who’s barely beginning to get with it.” 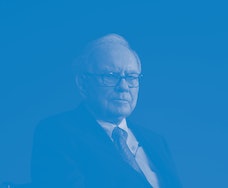 "My flip phone is permanently gone," the 89-year old Buffet told CNBC in an interview where he said he believes Apple is, "probably the best business I know in the world."

Buffet has piles of iPhones — It's incredible that one of Apple's biggest investors didn't even use its flagship product that accounts for more than half of its revenue. What's worse is that plenty of overtures have been made to get him to make the switch to iPhone — Buffet said that he's been given "several of them, including [from] Tim Cook."

Cook was so desperate to get his marquee investor using an iPhone that in 2018 he even offered to fly out to Buffet's home in Omaha, Nebraska just to set one up for him. I guess that wasn't enticing enough, but he's finally given in.

That being said, Cook's work isn't finished just yet. Buffet said he mostly uses his new iPhone as, well, a phone.

“You’re looking at an 89-year-old guy who’s barely beginning to get with it,” Buffett said, continuing that he hasn't started using “all its facilities like most people."

In his defense, Buffet has commented in the past that he uses an iPad for research.