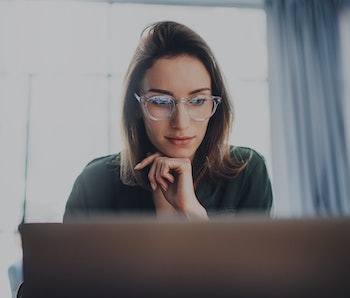 All the way back in 2015, Twitter began allowing users to pin one of their tweets to the top of their profile. This may be useful for calling attention to something you'd like to promote, or just to show off that one viral tweet you did — something to give visitors a good first impression of what you're about. But Twitter has always limited the feature so you can only pin your own tweets, meaning you can't put someone else's tweet atop your profile. Except it turns out there is a way, if you're willing to accept some risk.

As I discovered in a thread today, there's actually a third-party app that will let you pin anyone's tweet to your own page. Aptly called Pin Any Tweet, the app simply asks you to authenticate your account and then throw in the URL of whatever tweet you'd like on your profile.

At your own risk — Now, bear in mind that I wouldn't recommend granting a sketchy-looking app read and write access on your Twitter account, which is what Pin Any Tweet demands. Theoretically the developer could post whatever it wants to your account. But at a time of prolonged isolation and overall unease, I decided to throw caution to the wind and say to hell with it. And guess what, it worked:

Yep, that is a Grimes tweet pinned on my profile. I asked a few people to check my account from their devices and they confirmed it indeed appears pinned for them too.

How it works — According to developer Chad Etzel, whoever built Pin Any Tweet must have discovered the API call for pinning tweets — something Twitter doesn't list in its public developer documentation. Once a developer knows where to send the request they just need your account information and the ID of the tweet you'd like to pin.

The one caveat is that the app needs to retweet the tweet in question; if you un-retweet it, the tweet is no longer pinned. Technically speaking this is because when you retweet something, it gets inherited in your own archive of tweets with a unique ID linking it to you, and the pinned tweet needs to be one that's in your timeline. But the API doesn't check whether or not it's actually a retweet.

Clean up after, though — If you are a risk-taker like me and decide to use Pin Any Tweet, you're going to want to revoke the app's access to your account as soon as you've pinned the tweet of your desire. You can do that by going to your account settings and then under, "Data and permissions," select "Apps and sessions." From there you can find Pin Any Tweet and revoke its access. The tweet will remain pinned. Unless, of course, Twitter shuts it down. I'm sure they have a reason for not allowing users to pin others' tweets. It could be to prevent targeted abuse, for instance.

Pinning someone else's tweet feels like a nice way to show off something that represents you, though, like having stickers on your laptop or books around your home. I think I'll be leaving this Grimes tweet right where it is.

More like this
Will Gendron
5.4.2022 3:48 PM
Design
Twitter's ‘Close Friends’ feature makes a safe space for your cringiest tweets
Annie Rauwerda
5.7.2022 3:30 PM
No hassle
Apple, Microsoft, and Google are teaming up to eliminate passwords
Will Gendron
5.17.2022 6:22 PM
Tech
Harry Styles is kicking off Apple's new series of livestreamed concerts