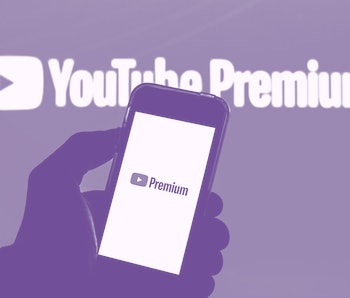 YouTube has finally added picture-in-picture support on iOS so that you can continue watching a video as you use other apps. But it’s only an experimental feature for now, and you need to be a YouTube Premium subscriber to use it.

If you are paying for the $11.99 a month service, you can enable picture-in-picture support by heading to, “youtube.com/new” in a web browser. From there, scroll down to, “Picture-in-picture on iOS” and select, “Try it out.” Then, whenever you’re watching a YouTube video, you can navigate away from the app and the video will continue playing in a box in the corner of your screen.

9to5Google reported on the feature.

YouTube says the feature is available until October 31, after which there’s no telling what will happen.

YouTube Premium actually is a good value, however. You’ll also get zero ads on the platform as well as offline downloads and even unlimited access to the YouTube Music streaming service.

Recent estimates have found that YouTube makes about $7-8 per year from each user, though that’s likely much higher in the U.S. Even still, charging $140 per year for Premium is likely quite lucrative. That would explain why YouTube is trying to add as much value as possible to the subscription.