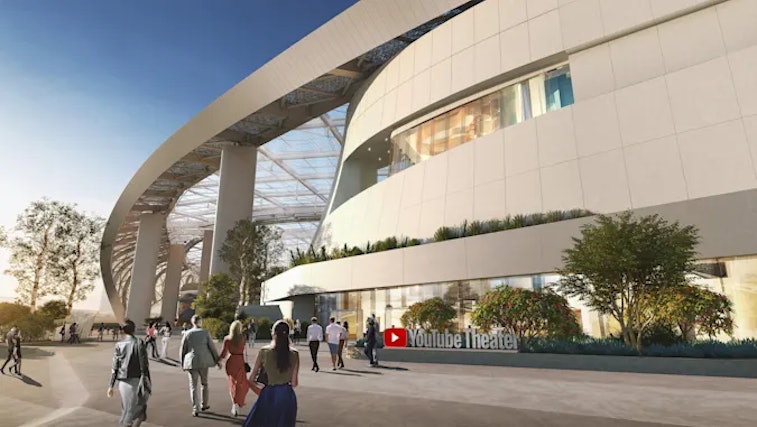 YouTube is opening a 6,000-seat live entertainment venue in the suburbs of Los Angeles. According to the Engadget, the space, called YouTube Theater, will be three stories tall and host a range of performances from traditional concerts to the type of digitally native fare you would expect from the website, like esports competitions and creator meetups. We can’t wait to watch the premiere of the next Project Veritas expose there.

Digital meets analog — Opening a live space may seem counterintuitive for a company whose business is operating a digital platform for video sharing, but it could help give a boost to YouTube’s ambitions in live streaming. In that arena, the company faces increasing competition from the likes of Facebook and Twitch, the latter of which has quickly been expanding beyond gaming into more general categories of live content like political commentary and, well, girls in hot tubs. Now YouTube will have a space where it can host events that are broadcast back to its site.

In the past, YouTube creators and their (oftentimes screaming) fans have met at events like VidCon, an annual gathering which in 2019 saw an estimated 75,000 attendees. Many creators aren’t necessarily well suited for live performances — you can’t do jump cuts IRL — but VidCon offers more than just meetups, like panel discussions, Q&As, and workshops where aspiring stars can learn from the best. Having its own space, YouTube could organize year-round events that support its platform and promote rising stars.

Coming this summer — When it opens later this year, YouTube Theater will be located inside Hollywood Park, a 300-acre development being erected in Inglewood, California. Performances are already lined up for this year and into next, with some major artists including Pitbull and Trippie Red.

The theater isn’t really a ground-up project from YouTube but rather an exercise in licensing rights. Hollywood Park, still under construction, is set to be a mixed-use development with upwards of 3,000 apartments, a sports stadium, a 300-room hotel, and an 890,000-square-foot retail area. YouTube effectively bought the naming rights for the concert venue and won’t use it exclusively.

In other news, YouTube’s live TV service now supports streaming in 4K. But it’ll come at an additional cost of $10 per month. YouTube TV starts at $64.99 per month, which means you’ll have to shell out a pretty penny to get the highest quality streaming. The service was popular at launch when it started out at just $35 per month to stream over 40 broadcast channels from anywhere. But TV rights are expensive, so the price for subscribers has slowly crept up to the point that it’s really not cheaper than cable anymore. But over-the-internet streaming is still an improvement on cable as you can watch from anywhere, and YouTube TV is considered one of the better options out there.