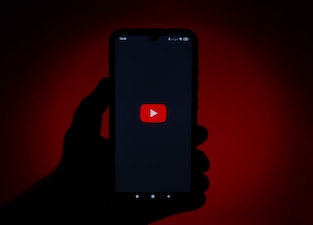 In the ruthlessly competitive market for music streaming services, one player that doesn’t get talked about much is YouTube. Parent company Google has for years offered a streaming music service, first with Google Play Music, which floundered in obscurity after launching in 2011. The company eventually discontinued that service in favor of YouTube Music, and apparently, it’s going quite well.

Silent killer — The Financial Times reports that YouTube Music, which launched in 2018, recently surpassed 50 million subscribers. That’s up significantly from the 30 million subscribers that YouTube publicly reported in October of last year, which could be thanks in part to the company’s attractive pricing model. Subscribers can pay $10 a month for the standard service, comparable to competitors, but they can also pay $12 a month for YouTube Premium, which includes the music service as well as ad-free streaming on YouTube along with other features. It’s a pretty killer value as compared to other services.

The app for YouTube Music offers both standard listening as well as access to a full library of music videos, which can be nice for making playlists that you can throw on during a party.

There could be other reasons why YouTube Music has been successful. The streaming video platform remains the largest home for music on the internet, and people probably get tired of all the advertisements that fill the service. YouTube promotes its premium subscriptions heavily to users.

Make good — Google more recently started reporting YouTube’s revenue numbers and revealed that the streaming video platform is an absolute monster, having generated nearly $7 billion in a single three-month period of 2021 alone. But Google for years was attacked by the music industry, which said it did not compensate artists fairly for all the music videos availably freely on the service. Launching YouTube Music was intended as a way to make things right by selling casual listeners on a premium service that could generate more money for artists and labels. There will always be listeners who don’t want to or cannot pay, in which case the music industry can still make money from YouTube ads.

The entire music industry, in general, was long antagonistic to music streaming services for cannibalizing direct album purchases, but after years of decline, music sales are actually now growing thanks to the success of streaming services to convert free users into paying subscribers.

According to the Financial Times, the amount that YouTube pays out to music rightsholders is now almost on par with Spotify at $4 billion in the past year, as compared to $5 billion for the Swedish streaming company. That’s despite the fact that with 165 million subscribers, Spotify remains far and away the largest music streaming service. Just 30 percent of YouTube’s payout comes from subscriptions, with the rest coming from its huge advertising business.