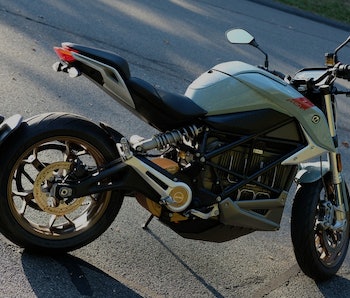 When it comes to all-electric motorcycles, Zero is consistently a step above the rest. The company’s SR/F bike is innovative enough to turn even the most steadfast of gas-bike fans into converts. Riding one is apparently also a high-risk situation in terms of, well, staying alive.

Zero has issued a recall on all SR/F and SR/S motorcycles that were produced between February 14 and June 19 of this year, according to a filing notice from the National Highway Traffic Safety Administration (NHTSA). A grand total of around 659 bikes are included in that production timeframe.

The recall, which was spotted by Electrek, is related to the electric motorcycle’s braking mechanism. The bikes’ front brake lever is flawed, according to the report, due to manufacturing errors. The brakes themselves work just fine, instead, the issue is mostly related to engaging the brake lights and disengaging cruise control.

The recall period officially begins on November 30; Zero bike owners can file a claim through the NHTSA site or via Zero’s main customer service number. The good news is that the faulty switch can be replaced relatively easily at your local Zero dealership.

Who needs to brake, anyway? — To be fair, Zero’s electric bikes run just fine — great, even — as long as you’re not trying to brake. They’re powerful and environment-saving, a combination that’s difficult to come by with transportation.

The issue in question is related to the front brake lever. Improper gluing of the mechanisms there has apparently left room for water to get in, thereby causing the brake switch to malfunction and even fail completely.

You’ll be okay, probably — According to Electrek, that brake switch has two main functions: engaging the rear brake lights and disengaging cruise control. The brakes themselves still work just fine, so you shouldn’t have any problem stopping — but those behind you might not realize you’re doing so until it’s too late.

If you’re riding your bike to a dealership to take care of the recall, you shouldn’t run into any problems as long as you brake slowly to allow time for those behind you to notice you’re stopping. Still, though, it’s dangerous enough that Zero recommends getting it fixed as soon as possible.

It’s been a good year for the release of electric bikes and a bad year for their production. Harley-Davidson’s first electric bike, the LiveWire, faced a recall this year for a faulty charger, and hasn't enjoyed massive uptake (the company’s even turned some of its attention to working on a new e-bicycle to extend its electrified catalog).

To check if your Zero bike is one of those affected by the recall, you can head to the NHTSA site or call Zero’s customer service line at 1-888-841-8085.