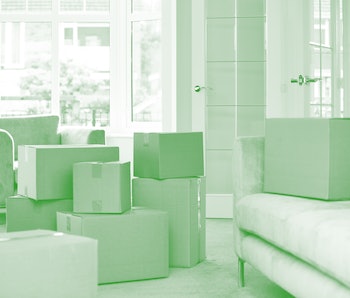 If you were looking to get out of Dodge and do so in a hurry, look elsewhere than Zillow to buy your home. At least, for now.

The company is best known for publishing real estate listings and providing estimated home values — the infamous “Zestimate” — but several years ago realized it could use all this data to make near-instant offers on homes and then, after making light renovations, flip properties at a markup.

Zillow apparently got in over its skis this year, however, and told Bloomberg that it will pause purchases for the rest of 2021 while it sells the homes it already has in inventory. The company bought more than 3,600 homes during the three-month period ending in June alone.

The explanation offered for the temporary pause is basically that there aren’t enough construction workers, inspectors, and other laborers needed to get properties ready before Zillow flips them. The company is going to continue selling through what it has and expects to become a buyer again in 2022.

Arbitrage — Zillow is just one of several companies that offer homeowners the opportunity to sell their home near-instantaneously, without the hassle of making repairs themselves or going through a real estate agent and giving tours. The company uses algorithms and its historical sale data to calculate values, and then offers homeowners something below what they might get selling the traditional way. Homeowners are really paying for convenience and an experience that’s less nerve-wracking than doing the work themselves. For Zillow, the idea is that over time, it can reach a scale with its automated tools that it makes a predictable profit on each home it flips. Not all homes make sense for Zillow to buy, however — it’s really most interested in conventional homes, not anything that may have an unpredictable value.

Zillow’s home buying has been expensive. Bloomberg reports it borrowed $450 million in August in order to buy homes, and has plans to borrow much more. One of its biggest competitors, Opendoor, says it will continue to buy homes this year.

Housing market — Zillow faced some controversy earlier this year when a real estate agent on TikTok claimed that the company was manipulating prices in the housing market in order to make a profit. The theory was that Zillow would occasionally pay far over asking price in a particular region in order to drive up the prices of other homes it had already purchased there. Buyers like Zillow are still a small fraction of the housing market, however, and experts think that some occasional high purchase prices on the part of Zillow can be chalked up to mistakes in its algorithms or a red-hot pandemic housing market where values have been fluctuating wildly.