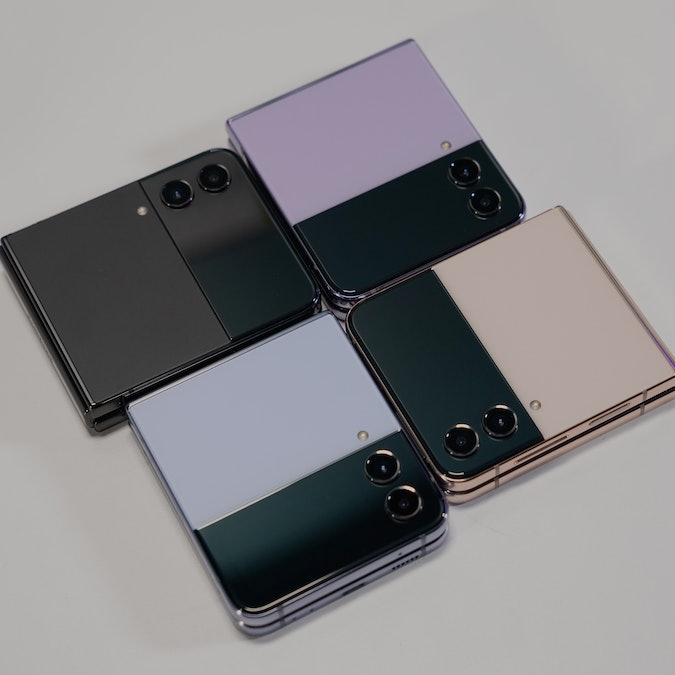 Four generations of Folds and Flips later, it's clear Samsung’s bet on foldable phones has knocked the ho-hum future of glass slab design off its axis. 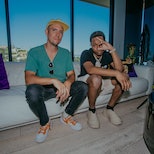 HitPiece, a music NFT site once decried as ‘a scam,’ is relaunching

In an exclusive interview, co-founder Rory Felton tells Input what went wrong earlier this year and how HitPiece has learned from its mistakes. 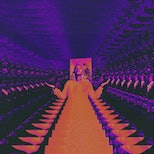 Permashifters want out of this reality for good

TikTok popularized the concept of “shifting” one’s consciousness. But some people want to take it a huge step further. 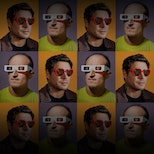 Planet of the Bored Apes

Some of the best offerings from The North Face come courtesy of its Purple Label, and its latest release only reinforces the acclaim. The Japanese licensee has introduced two tote bags in a variety of neutral tones, each boasting stain, scuff, and moisture resistance.

Any product from TNF’s Purple Label, which operates independently of the larger American brand and is overseen by designers at Nepenthes, is considered a grail not just because of its functional design but also because scarcity. With the exception of a deal that lasted two years and has since expired, the Purple Label isn’t available in the United States. Anyone wanting to secure the Japanese goods has to do so via a proxy service, but the hoops required to jump through are absolutely worth it.

Let your problems dissolve in the shower just like these Plus body wash pouches.

The Insta360 One RS is a thoughtfully designed, versatile, and pocketable powerhouse 360-degree action camera.

OnePlus' new flagship might look familiar, but it has new internals — and several missing features — that help it hit a more affordable $649 starting price.

The 8 essential gadgets every festival-goer needs in their bag

The Woodstock hippies wish they could have had these gadgets to help them.

5 of the best foldables you can’t buy in the U.S.

Foldable smartphone options from Huawei and Xiaomi make us jealous of non-American markets.

Four generations of Folds and Flips later, it's clear Samsung’s bet on foldable phones has knocked the ho-hum future of glass slab design off its axis.

Samsung's fourth-generation foldable improves on the Z Fold 3 with small refinements that add up.

The fourth generation of the most popular foldable in the world has a more durable design and better cameras.

Samsung's "adventurous" and durable Galaxy Watch 5 Pro is one of two new WearOS smartwatches coming out on August 26. The other is the Galaxy Watch 5.

The Galaxy Z Fold 4 has a first-class camera system

Samsung’s Galaxy Z Fold 4 is more of the same, but there are also some small, but significant upgrades to almost every feature from the cameras to the displays.

The Galaxy Z Flip 4 is Samsung’s most popular foldable, all grown up

Samsung’s smaller foldable has a bigger battery, the latest chip, and a more useful cover screen for the same $999 price.

The New Galaxy NFTs will come with preorders of its Z Flip 4 and Z Fold 4, offering discounts at certain retailers.

Everything we know about the Samsung Galaxy Z Flip 4

It doesn’t look like Samsung plans to change much with the Galaxy Z Flip 4, but there are some notable design improvements.

Everything we know about the Samsung Galaxy Z Fold 4

We have a pretty solid idea of Samsung’s fourth flagship foldable thanks to a steady stream of leaks.

Samsung’s bringing a new purple look to the Galaxy S22

The Bora Purple Galaxy S22 is a pastel refresh of Samsung's flagship phone.

Samsung's August 10 Unpacked event will be a huge gadget drop

Leaks and rumors suggest Samsung has a new Galaxy Z Fold 4, Flip 4, Galaxy Watch 5, and Galaxy Buds to show off.

The 7 laptops to open your wallet for this Prime Day

If you’re going to spend money on Prime Day, it might as well be on an expensive computer. Luckily, Amazon's two-day sale has some solid options to consider.

Wanda Sykes will host the show, which sounds a bit like America’s Funniest Home Videos if it was exclusively geared toward shilling Amazon products. Deadline writes that series will use clips “such as neighbors saving neighbors, marriage proposals, military reunions, and silly animals.”

Pump the brakes — Amazon owns MGM — it completed the studio acquisition in March of this year — and obviously has an outsized interest in normalizing the use of the Ring products it sells. But this whole project feels insidious because of what a “nation” full of Ring cameras means, and the company’s relationship with law enforcement.

How to clean your filthy mechanical keyboard

Everyone’s keyboard is overdue for a deep clean. With just a few tools and a bit of time, your keyboard will feel brand new in no time.

Mac users: These are the best mechanical keyboards, keycaps, and switches

Whether you want the perfect typing experience or a vintage look, these mechanical keyboards, keycaps, and switches will fit right into any Mac setup.

The collab features three Sonic-themed mechanical keyboards, but the Dreamcast one is the chef’s kiss.

The Unicode Consortium has proposed one quarter the number of new emoji it did last year. Experts say slowing down is the smart move.

Red, blue, and brown switches are great, but there's a whole world of mechanical keyboard switches for clack, thock, and quiet typing.

How to build dad the perfect mechanical keyboard for under $250

Save your dad from the doldrums of dull office work.

The built-to-order Sonnet mechanical keyboard maintains all the minimalism and craftsmanship that Mode Designs is known for, in a new form factor.

Dell's XPS 13 Plus now has an official price

Dell's dramatic rethinking of its XPS line has an invisible trackpad, a touch-based function row, and a $1,299 starting price.

Entering into the mechanical keyboard space can be intimidating. Meletrix’s Zoom65 eases that anxiety by making all the hardest decisions for you.

The Titan Slim is going to have a full QWERTY keyboard and will be released through Kickstarter.

The Keychron Q3 features a full aluminum body and a double-gasket case design in an 80 percent TKL layout. It’s basically a larger Q1 or Q2.

An in-depth look at how to quiet down your mechanical keyboard without sacrificing typing feel. What works and what doesn’t for keeping your keyboard quiet?

The 80% Tenkeyless (TKL) Keychron K8 Pro is an affordable entryway into the world of hot-swappable mechanical keyboards. Best for Macs, but also works for Windows and Android.

You can program two functions onto one key since Razer put its analog switches into the Huntsman Mini Analog.

ROG Strix Flare II Animate review: So much more than a gaming keyboard

How to use iCloud Shared Photo Library on iPhone and iPad

With iOS 16 and iPadOS 16, you can keep all your family’s photos in one place without having to send them over iMessage or manually upload them into a shared album.

Whether you hit send too soon on an unfinished draft or want to reword, iOS 16 on iPhone and iPadOS 16 on iPad lets you unsend emails. Here's how to do it.

Instead of filling chats with new messages, iOS 16 and iPadOS 16 let you fix annoying autocorrect typos on iPhone and iPad with just a tap.

Everything we know about the AirPods Pro 2

We may be finally getting a new AirPods Pro, but one with more upgrades to the case than the earbuds themselves.

5 of the best foldables you can’t buy in the U.S.

Foldable smartphone options from Huawei and Xiaomi make us jealous of non-American markets.

Samsung's fourth-generation foldable improves on the Z Fold 3 with small refinements that add up.

The fourth generation of the most popular foldable in the world has a more durable design and better cameras.

The latest entry to the automaker's all-electric line of vehicles prioritizes range, charge rate, and a smooth, driving experience.

Beat the summer heat (and damp socks) with these eight athletic shoes.

ThI e SQi may look like a motorcycle, but it’s definitely moreso an e-bike with its top speed and range.

The Insta360 One RS is a thoughtfully designed, versatile, and pocketable powerhouse 360-degree action camera.

From Nike to Gucci: Here are the virtual fashion worlds you should explore

Whether you’re an experienced NFT collector or new to the metaverse, there’s a digital realm for everyone.

The e-bike would supposedly be able to scale Mt Everest on a single charge if there was some sort of road or trail.

Relive that early aughts nostalgia or visit an Apple Store that you haven’t been to yet.

Samsung’s bringing a new purple look to the Galaxy S22

The Bora Purple Galaxy S22 is a pastel refresh of Samsung's flagship phone.

With 2,000 horsepower and a 0 to 60 of 1.9 seconds, it leaves most of the competition in the dust. But will it actually come to market?

From camera quality and battery life to those notorious touch buttons, Pix Party brings upgrades all around.

Whether you’re looking to expand your cyber couture or collect the hottest virtual sneakers, these are the companies you should be checking out.

We finally have some news about Acura’s electric vehicle plans. The automaker didn’t exactly announce a new EV, but it did tease its fully electric SUV concept, which is dubbed the Precision EV Concept.

Acura released a short video teasing some of the front design elements, mostly showing off its unique grille. The Precision EV Concept’s grille largely borrows from the intricate design that we see with Acura’s recent models like the Integra, TLX, or MDX. The one major difference is that it comes clad with some fancy LEDs throughout.