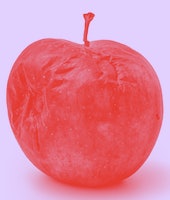 The number of countries with App Stores restricting LGBTQ+ content.

Stop us if you’ve heard this one before: Apple is putting profits ahead of human decency, compassion, and well-being.

A joint report released earlier this week by digital-rights groups Fight for the Future and GreatFire details how the Big Tech behemoth’s monopolistic tactics are enabling many countries’ censorship of LGBTQ+ communities via the removal or outright banning of various queer and queer-adjacent apps. “Most of the App Stores where the most number of apps are blocked, coincide with countries already low on the list for human rights for the queer community,” reads the groups’ official statement on the report.

However, the number of removed LGBTQ+ apps often varies by country, regardless of the nation’s levels of intolerance towards queer populations, which the groups said underscore “Apple’s role in enabling this censorship.” Fight for the Future and GreatFire cite Malaysia as a prime example: While homosexuality remains illegal in the country, only seven LGBTQ+ apps have been removed from the App Store. Meanwhile, nations like Niger and South Korea are within the top 10 worst offenders, despite legalizing homosexuality.

“Apple may claim that blocking apps where LGBTQ+ people can find community and safety is just the ‘cost of doing business’ in repressive countries, but the fact is that Apple’s draconian App Store monopoly – especially its decision to prevent users from installing apps from the open web to maintain control and profits — makes this discrimination and censorship possible,” explained Fight for the Future’s director, Evan Greer.

It’s increasingly looking like the App Store’s stranglehold on user accessibility isn’t tenable in the long run... a possibility Apple has apparently known for a long time now, making all this somehow worse.

The worst offenders — It’s unsurprising which nations ended up being the most restrictive. According to the report, Saudi Arabia is ranked as the worst offender, with 28 reported LGBTQ+ apps unavailable within the country, followed closely behind by China, which has removed 27 apps. The least available app worldwide is weBelong, a social platform for marginalized people, which is nowhere to be found in 144 App Stores.

A relatively simple solution — Of course, there exists a pretty easy means to cut back on nations’ crackdowns on queer peoples’ access to these helpful and even life-saving apps: allow global customers access to third-party app downloads. “If Apple, like Google’s Android, allowed installations from the open web, there would be no conflict with local law, but Apple isn’t doing this in order to protect its monopoly and the stream of free money it extorts from app developers,” the groups’ press release reads.

“This is a matter of life and death for many queer and trans people around the world, who often find community and safety through these apps,” said Fight for the Future campaigner and researcher Utsav Ghandi. “It’s unacceptable for Apple to continue this business practice, which is fundamentally incompatible with basic human rights and safety for LGBTQ+ people.”