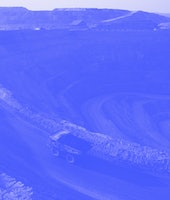 The highest daily pay of the Congolese plaintiffs.

On Sunday, human rights firm International Rights Advocates filed a class-action lawsuit against several big tech companies, according to The Guardian. Apple, Alphabet (Google’s parent company), Tesla, Microsoft, and Dell are all accused of aiding and abetting the severe injuries and deaths of children mining cobalt in the Democratic Republic of Congo (DRC).

Cobalt is a necessary component of the lithium-ion batteries that power our modern gadgets.

Not alright — The class includes 14 children and parents affected by the dangerous work of cobalt mining. Some parents lost their children to tunnel collapses while others reported their kids' crushed limbs and paralysis in the court documents. The children only earned about $2–3 per day, sometimes less, and the parents were never compensated for their deaths or injuries.

“The hundreds of billions of dollars generated by the Defendants each year would not be possible without cobalt mined in the DRC.”

Taking it to the top — These injuries occur at mining companies within Big Tech’s supply chain. Some of the children worked at mines owned by the U.K.’s Glencore which sells the cobalt to Umicore in Brussels. Apple, Google, Tesla, Microsoft, and Dell receive refined, battery-grade cobalt from Umicore to power their products. Chinese mining company Zhejiang Huayou Cobalt owns the mines the other plaintiffs worked at, and it supplies Apple, Dell, and Microsoft.

The lawsuit alleges that all of these companies had “specific knowledge” of the hazardous cobalt mining conditions in the DRC. The documents also lambast the companies’ voluntary programs that put the onus on workers to figure out how to report supply chain violations.

Apple, Microsoft, and Dell have come under fire for their roles in the DRC’s cobalt mining supply chain before. Nearly four years ago, they were implicated in an Amnesty International report outlining the child labor fueling Huayou Cobalt and the world’s gadgets. They’ve mostly responded with platitudes and by throwing money at human rights organizations. Now, their inaction has caught up with them.