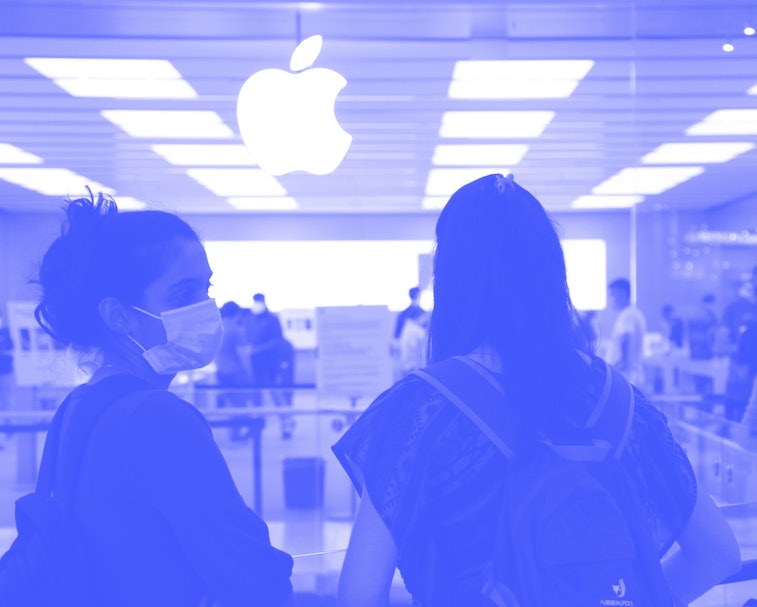 In June, Apple announced that it would open up its Find My tracking app to third-party developers. The move came amid heightened antitrust criticism from the likes of Sonos, Spotify, and Tile, and seemed to be an olive branch from the tech titan. It turns out that things were decidedly different on the inside, The Washington Post reports.

The publication received a 50-page PDF from an anonymous source who feared legal repercussions from Apple that suggests what looked like a charitable and conciliatory move was anything but inside Apple's hallowed walls. For starters, there were much harder rules in place for third-party companies. Developers couldn't, for instance, use the Find My app with a Tile tracker while also using Tile's app.

Plus, due to Apple's restrictions for "always allow" in terms of its location access feature, third-party developers were forced to ask for permission constantly, even when it came to requesting their own location. None of these details do Apple — widely accused of monopolistic tendencies — any favors.

A tighter grip on smaller developers — Problems with connectivity across hardware devices also surfaced in the confidential documents. According to The Washington Post, Apple imposed strict limitations on simultaneous use between Apple and Android phones. Frustrating as it is, this makes sense on the iOS front as one of Apple's most ruthless and powerful competitors is the Google-owned Android. Plus, one of Apple's advantages is that it controls both its hardware and software, allowing for closer integration and greater control. But the competition between it and Google is proving to be stressful for smaller developers who get crushed in between the two giants.

Can the law do something about this? — The current legal system in the United States has time and again show itself inadequately equipped to handle the ever-evolving tech sector. As these businesses drive more profit and engagement and their services become more universal and powerful, federal agencies scramble to create, modify and — most importantly — implement legislation to govern how they behave.

Apple is in a lucky position, at least right now, since the current antitrust laws are decades old and too rigid to be applied to what tends to be an extremely fluid and adaptable industry. It's also fortunate to be operating in a number of spaces that lack legal precedents to govern behavior within them. But an update could help expedite the process of holding these behemoths accountable. Especially if it stopped considering the cost of a service to a consumer as the only measure by which to examine antitrust.

Traditionally, antitrust cases are decided on the basis of whether or not allowing a merger or protecting a patent will result in consumers paying more for a product or service. But when it comes to services that are ostensibly free (like social media) or products that are subsidized because of the recurring fees or longterm market dominance that can be built on the back of them, that's a useless yardstick.

Capitol Hill could broach the issue — Although the hearing is expected to be delayed, Apple is scheduled to appear before the House Judiciary Antitrust Subcommittee on July 27. Lawmakers would do well to scrutinize Apple's actions with its Find My app service, and apply similar close inspection to its big-tech compatriots: Amazon, Facebook, Google, and the like.