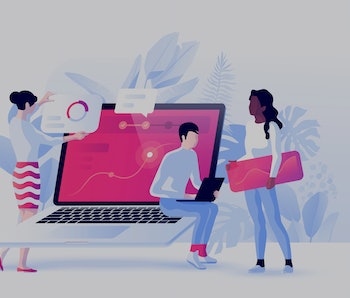 More often than not, the tech industry likes to position itself as a neutral industry where race, class, gender, and sexual orientation don't influence the decision-makers. But we know that is a baseless and rather misleading claim.

Seemingly compelled by the recent Black Lives Matter protests, tech companies are trying to make their environments more welcoming. This push includes developers from prominent firms like GitHub, Twitter, and JPMorgan Chase announcing replacements to conventional but controversial coding terms like "master" and "slave" with less jarring alternatives. Now joining this list of companies is Apple, which announced on its developer website that it had updated its internal coding terminology.

The update officially began on June 22 through beta software by swapping terms like "whitelist" and "blacklist" with allow list and deny list. The company's style guide can be read here alongside other stylistic changes. It's a much-appreciated move, but racial equity in tech is far more complicated than a case of code.

What Apple says — Terms like whitelist and blacklist denote whether an action can or cannot be performed. But their social context, developed over decades of history, could strike those from minority backgrounds as insensitive, especially in the context of the United States where minorities have frequently been discriminated against and shunned. From now on, according to Apple, developer APIs with "exclusionary" coding language will be deprecated while programmers are encouraged to proactively opt for neutral code.

There's more to do — While these steps seem to come from a place of positive initiative, some code replacement alone may not work. And there's significant weight to that concern. Newly replaced coding terms do not necessarily address or rectify the material issue of wage disparity or hostile workplace environments for racial minority workers.

In a conversation with NPR earlier in July, software developer and designer Caroline Karanja says that while it is important to reconsider coding terms that may carry heavy racial connotations, it is also key to take more substantial steps like investing in companies run by people of color in the United States.

"I think that's really the main thing in tech that should be happening, is a stronger push towards investing in these companies," Karanja said. "Allow list" in place of "whitelist" sounds helpful but there is much more that can — and should — be done.