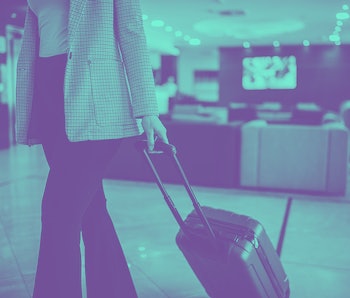 Employees of luggage startup Away want its founder and co-CEO Steph Korey to step down "immediately" after a photo of her dressed as a Native American surfaced on Twitter last week. The Verge reported today that employees have sent a new letter to top executives saying that a string of incidents caused by Korey are turning the once-hot luggage brand "into an embarrassment" and that she "must go."

Away said last week that Korey would step down sometime in 2020 after she caused controversy for attacking the media's treatment of her, arguing that stories critical of her management style reveal a media bias against female founders. Employees feel that she is essentially walking back an earlier apology for her poor treatment of vulnerable staff members and continuing to hurt the brand with never-ending PR snafus.

Genuinely bad behavior — Korey apologized publicly in January and stepped down as CEO after a Verge exposé revealed a toxic work environment inside the startup, largely driven by her management style — Korey expected low-paid customer service reps to be on-call at all hours of the day, and would publicly reprimand them in the company's Slack if they failed to meet her high expectations. These employees were paid around $40,000, which is not a lot to live on in New York City, where Away is based. Away has raised more than $31 million in funding since being founded in 2015 and sells suitcases for around $250.

Losing trust — Korey seemed to have a change of heart when she retook her position and staff noticed she quietly deleted the apology. The fear among employees is that she doesn't actually believe she did anything wrong, and that nothing will change despite Korey saying she will meet with staff one-on-one to hear their complaints. The incidents with the photo and the Instagram posts, according to Away's VP of brand marketing Alexis Page, were "just a match under something that was bigger." Page said during a meeting with executives on Monday that Korey lost the trust of her staff long before the photo surfaced last week.

The point of journalism is to call out injustices, like a powerful executive abusing its vulnerable, low-paid employees. Concerns about the treatment of female founders are valid, but that doesn't cancel out Korey's actions. The string of incidents show bad judgement from an executive who is supposed to represent the company publicly — and avoid doing things that could hurt its reputation with potential customers.