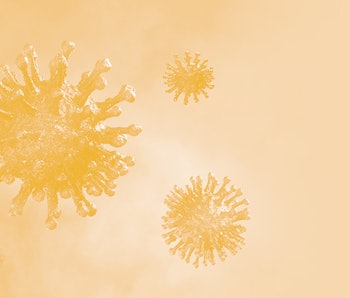 Work on a device that could represent a major breakthrough in COVID-19 detection and prevention is underway at the California Institute of Technology (Caltech), which would allow for at-home testing for even asymptomatic patients with results delivered in 10 minutes.

Graphene sensors are the key— Assistant professor Wei Gao and his team at the Andrew and Peggy Cherng department of medical engineering have developed a multiplexed test (one combining multiple data sets) employing a cheap sensor comprised of graphene, "a sheet-like form of carbon," according to Caltech's announcement last week.

"A plastic sheet etched with a laser generates a 3D graphene structure with tiny pores. Those pores create a large amount of surface area on the sensor, which makes it sensitive enough to detect, with high accuracy, compounds that are only present in very small amounts," the announcement explains. Compounds like, for instance, those found on the surface of the COVID-19 virus.

Still far from ready— While Dr. Gao explained in the official announcement that these new sensors offer the potential to present medical experts and patients with a "full picture of the infection," including someone's immunity and the contagion's severity, they cautioned that public availability is still far off down the line.

Caltech's multiplexed sensor test has only seen limited lab testing in a pilot study, and next will move on to trials involving hospitalized COVID-19 patients to determine the device's lifespan and wider efficacy. After this, in-home trials can begin, followed by a regulatory review before being available to the public.

Forewarned is forearmed — Even though Caltech's potential breakthrough still requires a number of additional steps and more research, the possibility of cheap, accurate, and widely available COVID-19 tests would offer a monumental shift in the ability to gain the upper hand against the pandemic until a safe and effective vaccine is produced. It would also be extremely useful to be able to identify COVID-19 infections in the asymptomatic, or before they get sick.

It also sounds far easier and cheaper to use Caltech's graphene sensors than training scent dogs. Though, granted, not as cute. Unfortunately, with both the CDC and WHO seemingly incapable of giving clear, concise messaging to the public, it seems increasingly likely we're apparently going to have to rely on the efforts of groups like these scientists (and those Finnish doggos) for detection.