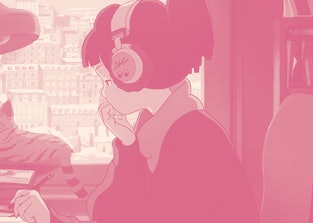 The number of hours this girl was studying

On Saturday, ChilledCow’s YouTube account was terminated for not complying with the site’s terms of service. The popular channel streams lo-fi hip-hop beats, and it’s particularly known for a livestream featuring an anime girl studying for a test on a loop. On Monday, the account was restored, according to The Verge. ChilledCow revealed that the (now unplayable) video had streamed for 13,165 hours, 23 minutes, and 44 seconds. Now, the loops start fresh and we can at least take solace in our heroine using a new notebook.

What happened? — Usually, channels like ChilledCow and the complementary Chillhop Music get taken down over copyright flags. Originally, those flags dealt with the visual loops themselves which were lifted from popular animes. With royalty-free loops, the focus has shifted to music. Channels like these tend to work with the musical artists and generally get around any rights issues. By Sunday, YouTube admitted its team had made a mistake:

The stream was relaunched to much fanfare, though a year and a half’s worth of live music was lost. The more you watch streams like this, the more desire builds for these characters to achieve their objective. On some level, it’s good to feel like this girl left her room for a weekend, but YouTube fans and the dogs of Bojack Horseman would likely be just fine if her next test was several years down the line.