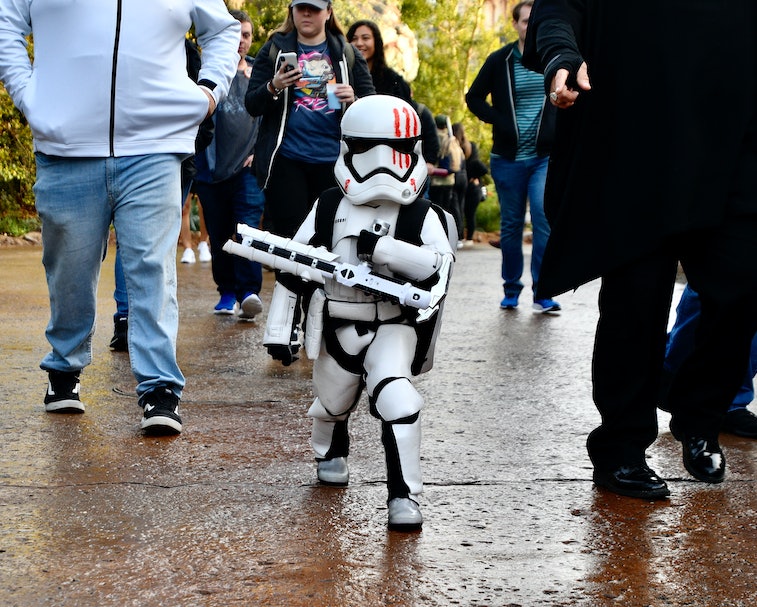 On Monday, Disney+ put out a call for fans’ favorite Star Wars memories using the #Maythe4th tag. A subsequent, disclaimer-style tweet suggested that Disney would be able to use any tweets using the hashtag in its promotional materials. Disney has since clarified the tweet was meant only to grant permissions for replies to that specific tweet. But it still comes off looking like a schoolyard bully and a rampant opportunist looking to milk everything it can from its property from a galaxy far, far away.

When your brand owns everything — The legal language was just clunky enough for Disney to shoot itself in the foot because trademarking a hashtag based on a cultural event that sprung up organically rather than from a brainstorming session with a team of marketing bros is exactly the kind of action the company would take. In the same way that it’s now impossible to satirize Donald Trump on account of his ever more ludicrous behavior, anything Disney does in relation to an intellectual property grab is automatically met with incredulity and disdain. Fan backlash led to a relatively swift clarification, but don’t think the hashtag is safe just yet.

Disney could still trademark the hashtag — The origin of the pun “May the Fourth be with you” was first recorded in 1979 British politics, according to The Verge. Grassroots calls for an official Star Wars Day reached a fever pitch in 2011 before Disney scooped up Lucasfilm the following year. Disney immediately leaned into the free marketing and has since ramped up the play on words and turned it into a widely recognized faux holiday.

Over the past decade, companies have scrambled to trademark various hashtags. It’s harder to trademark dates, but not impossible. If Disney linked #MaytheFourth to a specific service, it could potentially trademark it. If the date became exclusively tied to a massive sale, a la Prime Day, or another niche application, the company could own the hashtag. The company’s celebrations have differed dramatically over the years, so it’s currently difficult to establish ownership of the hashtag.

Lucasfilm does, however, own the trademarks for “May the fourth be with you” and “May the 4th be with you.” It would be easier to apply for a trademark for the hashtag versions of the full phrase because it’s more specific and already in the family. But it would still be a dick move. And Twitter would be sure to let Disney know as much.