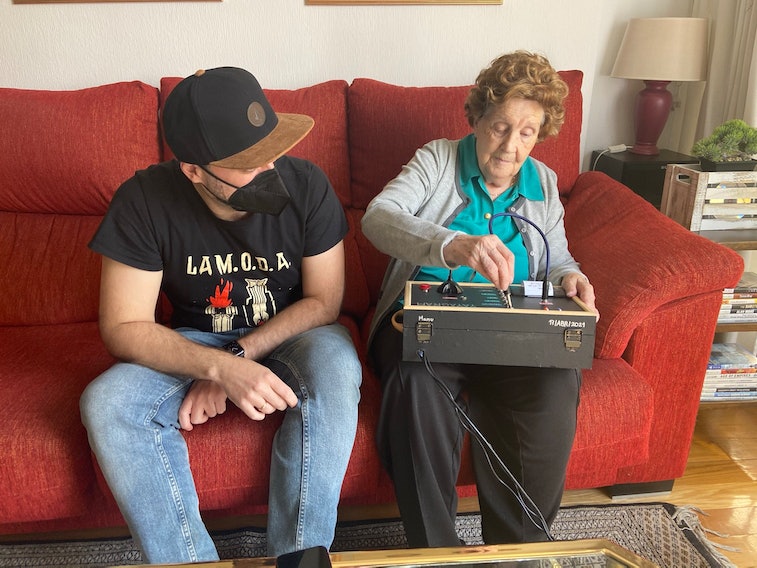 Not to speak in sweeping generalities, but most elderly grandparents aren’t the best at keeping up with the latest in cutting-edge communications. And you know what? It’s probably for the best, if we’re being brutally honest. Still, we can’t help but love this adorable, if not floodgate-opening, workaround that debuted online recently.

Yesterday, Manuel Lucio Dallo (@mrcatacroquer on Twitter) showed off their impressive new DIY invention, Yayagram, a clever take on social media specifically designed with tech-illiterate elderly in mind. In this case, Yayagram is intended to make it easier for the Spanish software designer’s 94-year-old grandmother (“Yaya” is essentially “granny” in Castilian) to message their family by porting the audio messaging app, Telegram, into a more physical experience modeled after old phone operator switchboards.

Combining a Raspberry Pi, Python coding, a few third-party software libraries, a USB mic, and a thermal printer, the Yayagram actually looks like a pretty badass piece of retroware — something we’d like to use ourselves, now that we think about it. After all, we’re still not quite sure how TikTok works, so maybe we’re closer to Yayagram’s demographic than we’d like to admit.

That old-fashioned analog feel — Because Dallo’s grandmother is hard of hearing and has arthritis, phone/video calls are difficult and typing on keyboards is near impossible for her. With that in mind, the Yayagram’s only physical aspects are a jack cable a la an old-timey switchboard to connect between a pre-established contact list, along with a single button to press for recording audio to Telegram. For responses, Yaya’s family can text back, which is then printed out via the thermal printer installed into the device (here’s hoping Dallo didn’t opt for this model). Also, extra props to Dallo for choosing Telegram over WhatsApp because they “don't like Facebook, Telegram is more open and easy to use.”

Online DIY how-to coming soon — Dallo posted an extensively detailed Twitter thread on the entire Yayagram project yesterday, with a number of really cool behind-the-scenes looks at how the invention came together. That said, instructions on how to make your own personal Yayagram aren’t available just yet, although Dallo promises to upload an Instructables build project along with a GitHub source code in the near future. Accessibility within the tech industry is a genuine problem, so it’s cool to see something as ingenious as Yayagram pop up online, and we look forward to seeing more people build their own in the coming months. Still, nothing will quite prepare us for the coming onslaught of grandmother “check-in” voicemails.