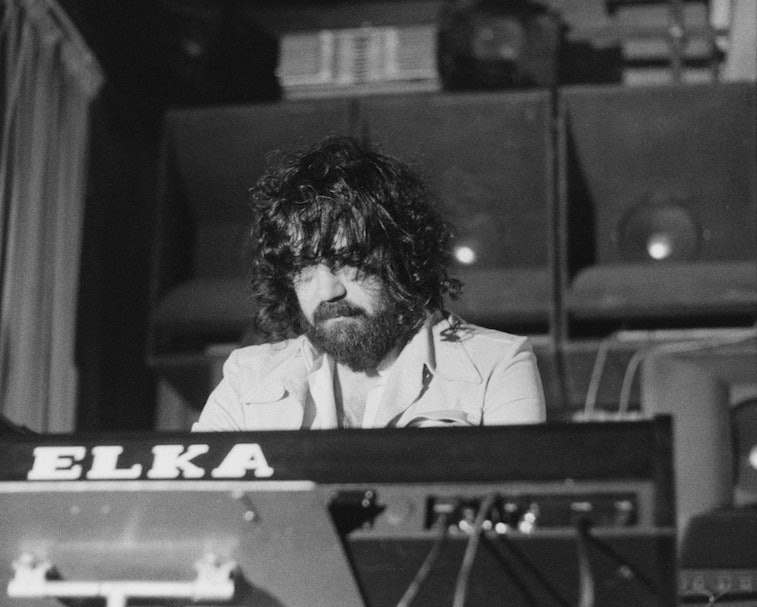 Vangelis, the electronic music pioneer best known for his soundtracks to both Chariots of Fire and Blade Runner, has died. Representatives have not offered a cause of death, although they confirmed he passed at a hospital in France on Tuesday. He was 79.

Born Evangelos Odysseas Papathanassiou in Greece, Vangelis is widely considered one of the most recognizable names and sounds in electronic music. Almost entirely self-taught, Vangelis first earned acclaim for the prog-rock bands, the Forminx and Aphrodite’s Child, before setting out on his own solo career. In 1982, he provided the Academy Award-winning main theme and soundtrack for Chariots of Fire, which tells the story of British runners’ victories at the 1924 Olympics. The following year, Vangelis composed the score for Ridley Scott’s Blade Runner, a project that offered a sonic template not only for the film itself, but the wider science-fiction noir and cyberpunk genres to come.

Vangelis remained a prolific composer for the rest of his life, contributing soundtracks for numerous other movies, as well as collaborating with both NASA and the European Space Agency on various cosmic-themed endeavors. 6354 Vangelis, a micro-planet within our solar system found between Mars and Jupiter in the night sky, was named in his honor in 1995.

Defining a genre without being defined by it — When many think of sci-fi sound, they think of Vangelis — perhaps without even realizing it. It’s hard to overstate how profound an influence he had on the evolution of electronic and ambient music. Alongside the likes of Brian Eno, Ryuichi Sakamoto, and Tangerine Dream, Vangelis helped legitimize synthesizers and other modern instrumentation previously dismissed as either fads or novelties at the time.

Unlike some of his contemporaries, however, Vangelis largely remained outside the public eye and was selective of his projects. Despite being best known for his soundtrack work, he was known to refuse more offers than he accepted. “Half of the films I see don’t need music. It sounds like something stuffed in,” he once told an interviewer.

He also shied away from what he considered “commercial success,” explaining that “you find yourself stuck and obliged to repeat yourself and your previous success.” Regarding his arguably best-known song, the theme from Chariots of Fire, he eventually described it as “only another piece of music.”

Living in his shadow — The overwhelming influence of Vangelis’ creativity can be seen in the recent resurgence of sub-genres like “retrowave” and “vaporwave” electronic music, which as their names imply, offer retro-futuristic stylings heavy on synths, outdated computer samples, and rudimentary cyber-aesthetics. As enjoyable as those listens can be, they ultimately remain pastiches — focused more often than not on emulation rather than exploration. Vangelis’ work is often dramatic or overwrought, but it remains sincere in its commitment to expansive, futuristic sound. There was only one of him; the rest are just replicants.