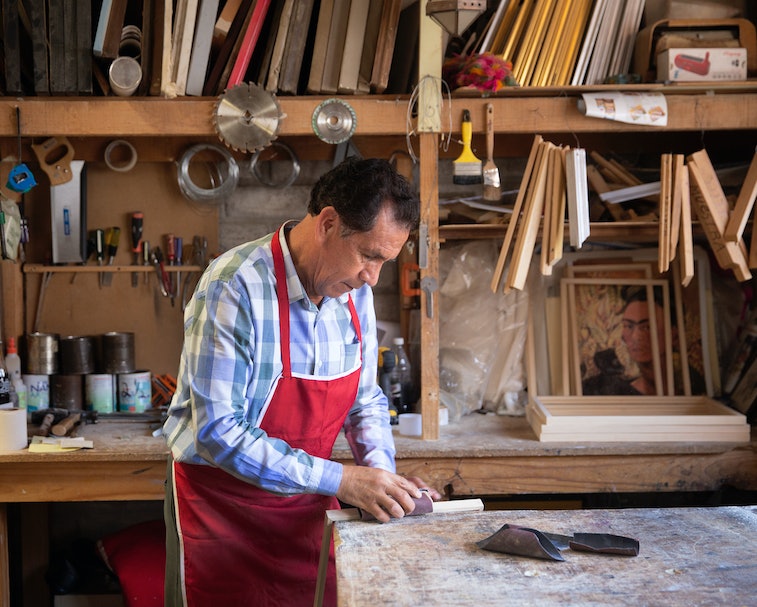 Etsy sellers are fed up with the company’s rapidly increasing greed, so they’ve decided to go on strike. From April 11 through April 18, thousands of Etsy shops will turn on “vacation mode,” effectively shutting down their business and cutting Etsy off from the revenue they’d usually generate.

A little over a month ago, Etsy CEO Josh Silverman sent an email congratulating sellers on a stellar 2021 — and, in almost the same breath, he announced a significant hike in seller fees. Sellers, of course, were pissed at the fee increase. The upcoming strike is a direct result of the new fees.

As of now, more than 5,000 Etsy sellers have signed on to participate in the strike, The Verge reports. Not all those sellers will close shop for the entire week; the strike welcomes sellers to turn on vacation mode for as many days as they can afford.

Perhaps most important to note here: The striking sellers have asked the general public to join them by boycotting Etsy as a whole during the week of April 11. A public petition supporting the strike has received more than 18,000 signatures, as of the time of this writing.

Not just the fees — The recent price hike was a tipping point for many Etsy sellers, but the build-up to this strike has been a long time coming. The essential point is this: Many sellers feel that Etsy has gone from a democratizing marketplace to a profit-hungry “faceless tech empire” with dictator-like powers. They believe Etsy can be both profitable and fair to its workers — and they want Etsy to believe that, too.

Don’t cross the picket line — Labor organizing is difficult even when employees work together in the same physical space; doing so in a company like Etsy, where sellers are located all over the globe, can feel impossible. The fact that more than 5,000 sellers have come together for this strike is in itself a feat worth celebrating.

Now we wait to see how Etsy corporate responds to sellers’ demands. Consumers’ willingness to stop using the site could be more impactful than sellers turning on vacation mode. Spread the word — and don’t cross the picket from April 11 onward.