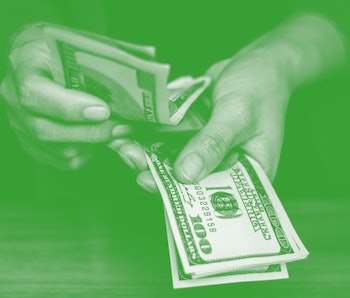 Facebook is doling out some extra money to help its employees deal with expenses related to working from home and/or medical expenses. The Information reports the company will grant each employee $1,000, according to an internal memo. Additionally, the approximately 45,000 full-time employees will receive an “exceeds” rating on their six-month review, triggering the normal full bonus. With the median compensation at Facebook clocking in at $228,651 last year, even with a modest bonus percentage, most employees can expect thousands of dollars.

It’s not UBI and that’s okay for now — Unlike universal basic income, these bonuses will be one-time payouts. The COVID-19 pandemic and response to it is constantly changing, so we could potentially see more financial relief from Facebook in the future. The company previously committed to paying its hourly workers impacted by coronavirus-related office shutdowns. It's also providing $100 million in cash grants and ad credits for small businesses.

A source for The Information said the company has shifted contract work to the full-time employees in recent weeks and is paying contractors to stay at home. This continued pay will serve this portion of Facebook's workforce instead of either bonus, according to our sources. NBC News also obtained the memo and reports content moderators were also sent home and will continue to be paid.

Following a trend — Facebook joins Workday and Shopify in providing bigger paydays to their employees scrambling in a global health event. Last week, Shopify announced all of its employees would work from home beginning Monday and they would receive a $1,000 stipend to aid in the transition. Workday offers pretty significant financial relief for its workers, starting with a one-time payment equal to two-weeks pay. There’s also a relief fund for those who need more financial assistance, extended childcare benefits, expanded sick leave for any who gets infected, and a year’s access to Headspace, a meditation app.

Contractors left friendless — The Intercept has confirmed that Facebook will not be extending the $1,000 stipend to its contractors and subcontractors, the employees who could use money like that the most right now. "The $1k is for full time employees who are working from home," a Facebook spokesperson said. "For contract workers, we are sending them home and paying them in full even if they are unable to work – which as you can imagine is much more meaningful than a one off payment." Facebook made $20 billion in revenue last quarter.

While this trend is great for companies with the coffers and moral compass to do so, many Americans won’t see policies like these from their workplaces. Experts and lawmakers alike are calling for a universal basic income to help people pay for necessities and, in turn, keep the economy afloat. Not everyone can work from home, so here’s hoping the government can bail out the general public with the same gusto as they do with banks and corporations.

Update: This article has been updated to reflect reporting done by The Intercept.