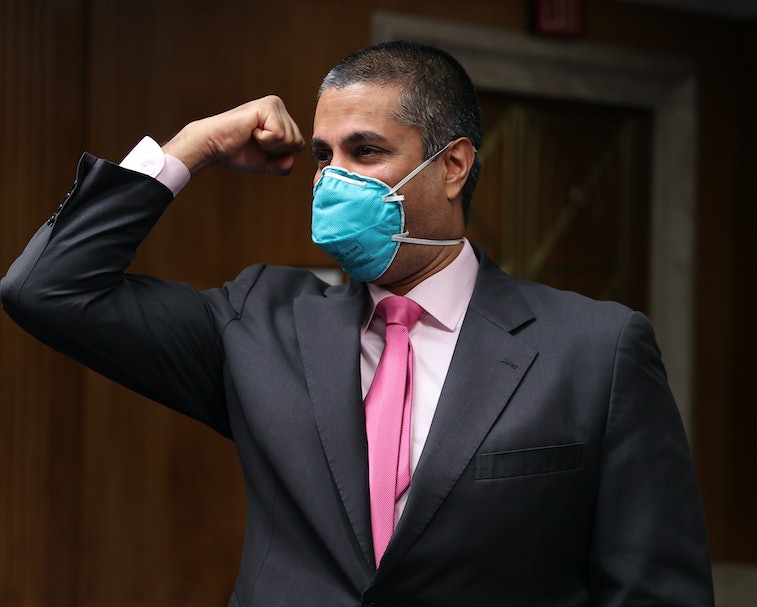 Ajit Pai, current chairman of the Federal Communications Commission (FCC), will leave his seat on January 20, 2020, the same day Joe Biden will be inaugurated as the next President of the United States. Pai announced his intentions to step down in a statement Monday morning.

“It’s been the honor of a lifetime to serve at the Federal Communications Commission,” Pai said. “To be the first Asian-American to chair the FCC has been a particular privilege.”

Pai has been chairman of the FCC since early January 2017, when he was appointed to the position by a freshly inaugurated Donald Trump. His time at the FCC dates all the way back to 2007, though, when he joined the commission as a lawyer in the Office of General Counsel.

His term as FCC Chairman has been controversial, to say the least, especially in his vocal support for the repeal of net neutrality. Pai’s decision to leave the FCC isn’t much of a shock, given his tricky tenure as chairman. His resignation is largely a good sign for fans of net neutrality and general internet accessibility.

Bye, Pai — Pai’s time as chairman has been fraught with decisions steeped in partisan politics, thanks in no small part to President Trump’s hard-fought war against touchy subjects like net neutrality and Section 230 of the Communications Decency Act (CDA 230).

Pai might be best-remembered for his leadership of the FCC through landmark decisions around net neutrality. Under Pai’s watchful eye, the FCC repealed Obama-era rules that recognized the internet as an essential service in our increasingly modern world.

As a pivotal piece of the Trump administration, Pai also led official hits against CDA 230, a piece of legislation that has long shielded internet companies from the behaviors of their users. Though the FCC largely sat out this issue as it escalated through the court system, last month he changed his tune by announcing the FCC would move forward with a new ruling on the subject.

Who’s next? — The specifics of Joe Biden’s FCC are still under wraps, so of course the world is wondering with bated breath who will replace Pai to head the commission. It’s likely Biden’s team will aim for someone who doesn’t need to first be confirmed by the Republican-led Senate.

No matter who leads it, Biden’s FCC will undoubtedly look very different than the one we’ve come to know under Pai. It will be an FCC focused on reclassifying broadband internet as a Title II essential service and thereby make connectivity more of a right than a privilege. Section 230 might evolve into a new understanding of moderation standards rather than regressing into a tool for Republicans to ensure misinformation and lies cannot be removed by businesses.

In short, Pai’s departure leaves room for actual growth in the United States’ internet infrastructure. Now it’ll be up to Biden’s team to put that space to good use.