“From the start, this merger has been about massive corporate profits over all else, and despite the companies’ false claims, this deal will endanger wireless subscribers where it hurts most: their wallets.” 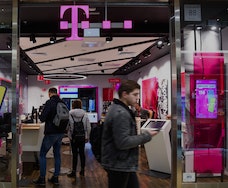 This morning a federal judge approved T-Mobile’s purchase of Sprint, allowing the third- and fourth-largest wireless carriers in the U.S. to merge into a new behemoth. The FCC and the Department of Justice have already approved the deal. The merger is valued at a whopping $26 billion.

Victor Marrero, the federal judge in charge of the case, wrote in his decision that the merger is “not reasonably likely to substantially lessen competition” in the market.

Could this be bad for consumers? — Many seem to think so. Last June, a group of 10 attorneys general brought a multi-state lawsuit against the proposed merger, citing a healthy fear of growing corporate power, rising cell service prices, and decreased competition. The lawsuit was helmed by New York Attorney General Letitia James.

James called the ruling a loss for Americans. She said the states that filed the lawsuit “disagree with this decision wholeheartedly, and will continue to fight this kind of consumer-harming megamergers our antitrust laws were designed to prevent.”

Consumers are unlikely to feel the effects of the merger for at least a few years. One thing is certain: the companies involved in the merger, as well as their investors, will be cheering the decision this morning.

No sound forecast — Judge Marrero’s ruling is based on what he says is a lack of “sufficiently impartial and objective ground on which to rely in basing a sound forecast of the likely competitive effects of a merger.” This is what his ruling boils down to: the plaintiffs didn’t bring into court enough evidence to convince him the merger would be harmful to anyone involved.

The ruling mentions that some evidence was ignored for not being sufficiently credible. For example, the plaintiff presented some text messages between T-Mobile and Sprint executives that cited the merger as a way to increase prices and therefore profits. The ruling states of this evidence: “The Court is not persuaded that the evidence...is sufficiently credible or plausible.”

A side note: Dish — The ruling will also create a new wireless competitor: Dish Network. The company has billions in wireless spectrum but hasn’t really done anything with it. As part of the T-Mobile/Sprint merger, Dish will step in to create more competition between wireless service providers. Dish has been tasked with building a 5G network that covers 20 percent of the country by 2022 — and by June 2023 that network will need to cover 70 percent of the U.S. population. If Dish fails to live up to its end of the bargain, it will owe $2.2 billion to the U.S. treasury.

Dish will be allowed to begin selling wireless service to consumers immediately after the T-Mobile deal closes. Its customers will use T-Mobile’s networks until Dish has completed expanding its own.

The future of wireless service in the U.S. will be impacted by this deal — though whether for better or for worse will be unknown for quite some time.