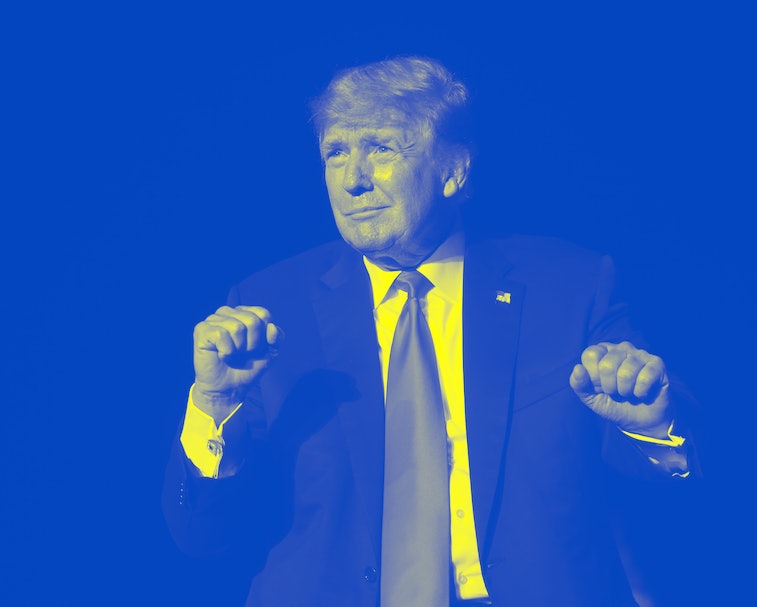 Founded by a former Trump advisor and partially financed by a Chinese billionaire currently on the lam from the law, Gettr is marketed as a free-speech haven and primarily used by people upset they’re not allowed to write racial slurs in tweets. One of the major selling points since its July 2021 rollout has been its positioning as a privacy-minded company brave enough to stick it to Big Tech giants like Google and Facebook.

And yet. According to a new report published by Talk Liberation Investigates from Yale Law School’s privacy lab founder Sean O’Brien, Gettr still supports two of the largest tracking programs from both Google and Facebook: the former’s AdSense network, and the latter’s incredibly sketchy “pixel” system.

Defeating its own purpose — Google’s gigantic AdSense system has long been widely utilized by businesses to track their audiences’ data. In exchange, said information is also accessible by Google for its own purposes. The Facebook “pixel” operates much the same way, if somehow even sneakier. Quite literally, the service embeds a pixel-sized tracker within millions of participating websites, which then alerts the House of Zuckerberg whenever it’s loaded for similar tracking purposes.

Those aren’t the only third-party tracking tools employed on Gettr, either. Both AppsFlyer and Countly were also discovered which can collect a user’s “IP address, cell network provider, operating system version, phone model, and both coarse and fine-grained location information,” according to the report.

It’s almost as if you can’t trust these guys — Of course, the news that Trump allies and amoral business opportunists are willing to market a sham product isn’t exactly surprising. Still, we assume many of Gettr’s most loyal supporters would be a bit upset to learn that the company is allowing two of Big Tech’s heaviest hitters to harvest their personal data. Then again, as both O’Brien and Gizmodo also note, a lot of this information can be gleaned within Gettr’s Terms & Conditions fine print.