Government demands for data on Amazon users exploded in 2020 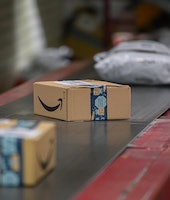 Amazon’s traditionally scant “transparency” report is as brief as ever, but it has a new layout and some shocking figures to go along with it. The company releases two reports each year, covering the first and last six months of law enforcement requests for data. The second half of 2020 saw an 800 percent increase in these requests, and foreign governments were more demanding than usual, TechCrunch reports.

Slap some paint on it — The transparency report is at least less tedious to read thanks to some splashes of color and a few data visualizations, but it’s also lacking some data breakdowns based on different legal processes that were available in previous iterations.

The data also breaks out foreign requests by country for the first time, with the Western European countries of Germany, Spain, Italy, the UK, and France (in descending order of requests) making up 80 percent of all requests.

In the past, foreign requests for data would have to strain to get a comma, but they now land north of 20,000. Western Europe’s interest in user data is likely linked to the European Union’s probe into Amazon’s Buy Box practices, but as previously stated, Amazon’s not really transparent about its transparency reports. That's the problem with self-policing, of course.

That lack of transparency extends to two of its hot ticket products. The company only breaks out requests for its cloud services data, but it doesn’t provide specifics regarding its Ring security devices or its Echo smart speakers.

As of this week, Ring partners with more than 2,000 law enforcement agencies that can access doorbell camera footage. We'd love to see more of those numbers broken down. Along with how many companies had their products copied by Amazon last year, and what it did to their sales. Or perhaps a chart showing the likelihood of showing up on the first page of Amazon's search results if you choose not to use Amazon's fulfillment services as it's so inclined to encourage third-party sellers to do.