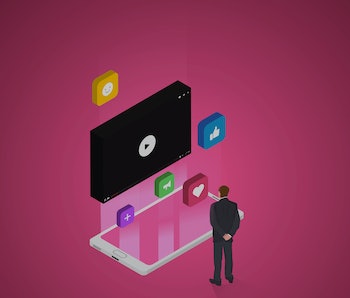 Just a week after YouTube announced that it would block content creators from gaming its ad system to help fundraise for Black Lives Matter and related racial equity projects, the company has been hit with a lawsuit that alleges discrimination, shadow bans, misapplication of restriction mode, and more.

The lawsuit was filed by a group of Black YouTube content creators who argue that YouTube uses artificial intelligence to profile people of color on the platform "for access restrictions, blocking, demonetization, suspensions, and removals from the platform based on the racial identity or viewpoint of the video creator."

'Systemic' shadow bans, misapplied restricted mode — At one point in the lawsuit, it is argued that YouTube "knowingly, intentionally, and systematically employ[s] artificial intelligence, algorithms, computer and machine-based filtering, and review tools to 'target' plaintiffs and all other persons similarly situated, by using information about their racial identity and viewpoint to restrict access and drive them off YouTube."

What YouTube says — The company has yet to respond to the allegations but in the recent past, YouTube has voiced support for the Black Lives Matter protests. Over the recent demonstrations, the company's CEO Susan Wojcicki announced that YouTube launched a $100 million fund for racial justice and promoting Black content creators' voices. But those criticizing the platform have said that they want the company to thoroughly review and rectify its algorithm so these issues stop resurfacing.

Complaints stack up against YouTube — This isn't the first time that YouTube's algorithmic practices have come under scrutiny. Content creators have long decried what they perceive to be an unequal advantage in the platform's system, especially when it comes to racial minorities and LGBT creators. Popular content creators, critics worry, get more publicity while aspiring creators with smaller followings often struggle to register even mere blips on the website's massive radar. On top of that, creators worry that the video giant's community guidelines fail to protect users from harassment and abuse.

This is a make-or-break moment for YouTube. If the company truly wants to signal sincere support for Black content creators, it should — at the very least — look into rectifications for its algorithmic practices. Otherwise this lawsuit won't be the last to hit the company.