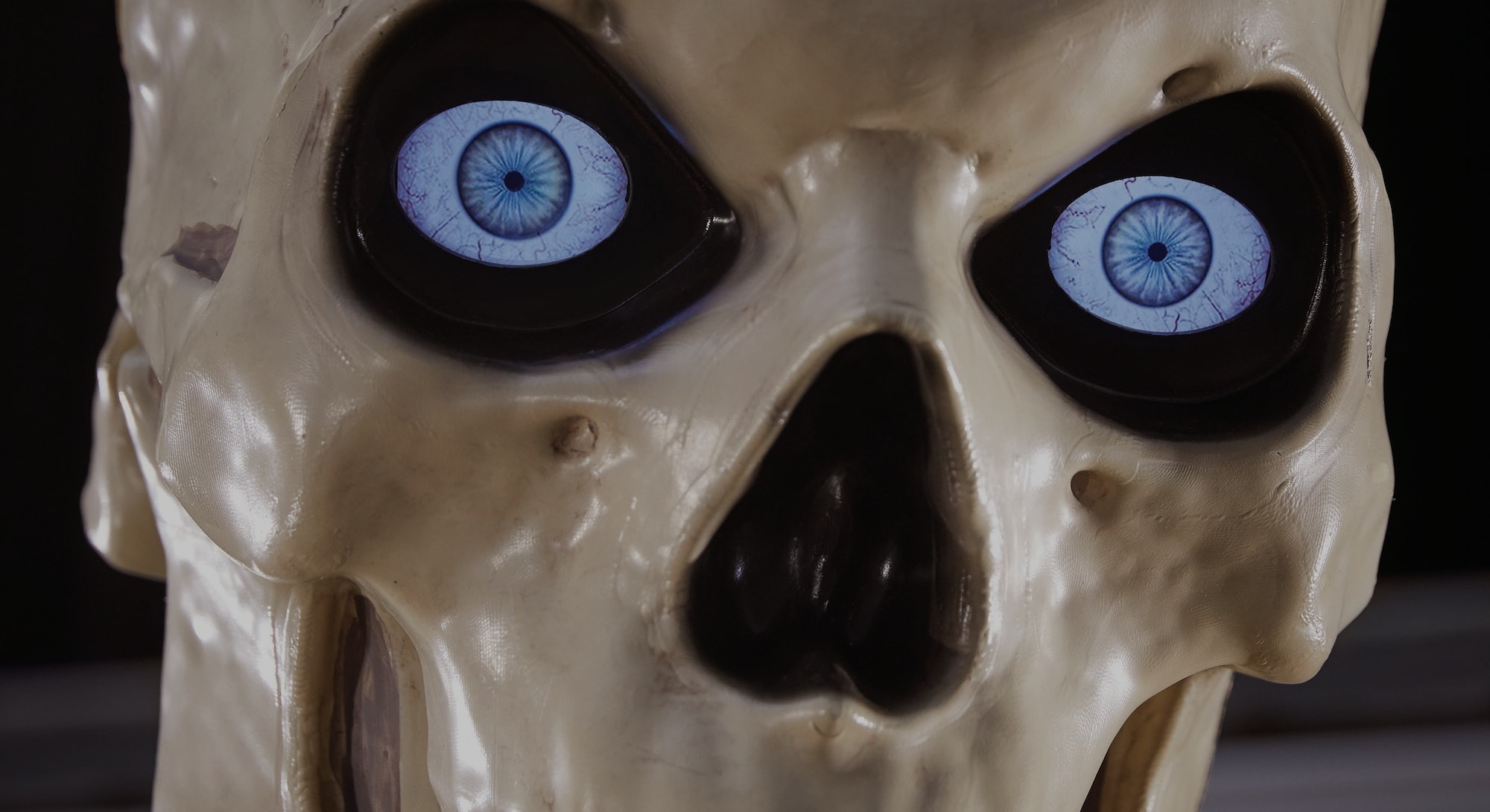 The retailer’s ridiculously tall holiday decoration went viral on social media, leading to a bunch of breathless press, including a piece on this very site. “Yes, here to save us from the worst year ever was the nation’s latest superstar,” enthused Esquire.

This season, Home Depot’s original is joined by a sinister buddy, the 12-Foot Inferno Pumpkin Skeleton with LifeEyes™.

There’s just one problem: You can’t get them. Both are consistently sold out on Home Depot’s website. Social media users are swapping tips on where the in-demand ornaments are in stock, while secondary sellers are making a killing on online auction sites like eBay. Meanwhile, scammers are separating folks from their cash with sham or nonexistent items.

There are currently more than 300 listings for Home Depot’s 12-foot skeletons on eBay, with the highest price an eye-watering $2,500 — more than eight times the $299 original asking price. Input contacted more than a dozen people selling their skeletons at a markup; the three who responded to an interview request all went silent when it came time to arrange a chat.

Asked by Input about the issue of scalpers, Home Depot addresses the topic indirectly. “We knew a lot of customers did not have a chance to purchase it because it sold out so fast,” the man behind the skeleton, Lance Allen, decorative holiday merchant at Home Depot, says via email. “My team and I are always excited to see the fanbase Skelly has accumulated. We do work really hard to ensure we offer our items at an amazing value for our customers, and ideally we want them to be able to purchase them for our everyday low retails.”

Some people who love the giant skeletons for the Halloween joy they bring aren’t having any part of the price gouging. Jennifer Corcoran, a Nashville native who works in sales, set up the 12 Ft Skeleton Halloween Club Facebook group last year when the craze for the oversized decorations first spiked. She has strict rules barring scalpers and scammers. “Members of the group can sell their skeleton at cost plus shipping and tax,” Corcoran explains. “Nothing more.”

The 21,200-person strong group also collates lists of members by state, so they can be notified if the skeletons are spotted in nearby Home Depot stores or on the chain’s website. For instance, just after noon Eastern Time on Friday, the Facebook group issued a “code orange” alert: The retailer’s site had the skeletons in stock. Sixteen minutes later, they were all sold out.

As for those unable to snag their own Skelly at Home Depot’s “everyday low retails,” the range of too-good-to-be-true offers turns out to be, well, too good to be true.

Nedia Landry, a nurse from Ashtabula, Ohio who loves Halloween (her birthday is October 30), first spotted an ad for what purported to be a 12-foot skeleton on her Facebook feed back in July. At that point, she wasn’t yet part of the 12 Ft Skeleton Halloween Club group, and did not know that the boney characters were only sold through Home Depot. So she snapped up a pair.

“I kept telling myself ‘It can’t be true,’ but I ordered both the pumpkin one and the regular one.”

“I kept telling myself ‘It can’t be true,’ but I ordered both the pumpkin one and the regular one,” she says. Not long thereafter, she received a shipping itinerary from the seller — one she now knows to be fake — claiming the products were delivered to her home. After she questioned where the skeletons were, the company she “bought” them from also provided supposed confirmation of delivery to her local post office.

Landry doesn’t imagine they just got lost along the way. “These are huge boxes and hard to misplace,” she says. Despite asking multiple times, Landry has not been refunded for the missing items.

Others got their skeletons — but they weren’t quite what they ordered. Lisa Morehouse Saab and her husband Chip are huge Halloween fans, going all-out to decorate their Huntersville, N.C. home every year when the spooky season comes. “We have the big regular skeletons, and we also have about 16 other skeletons,” she says. “We are known as the skeleton house!”

She sought out the 12-foot skeleton last year when it first went on sale at Home Depot, but couldn’t find any in stock nearby. Over the summer, Lisa’s sister saw a post on Facebook explaining that the skeleton would go on sale on July 16. The tip-off enabled Lisa to snag a legit Home Depot original-design skeleton.

But two weeks later, Chip came across another Facebook ad promoting the 12-foot Inferno — for a far cheaper price: just $40. Chip called his wife up laughing, making fun of her paying so much at Home Depot. She was exasperated. “I told him there was no chance he would actually get the real Inferno, but we figured he’d get some cheap knockoff that, while not as cool, would at least be 12 feet tall,” Lisa says.

They took the plunge and parted with their 40 bucks. After waiting around three months for it to ship, the package arrived at their home. Rather than the 12-foot skeleton they expected, they received one just 12 inches tall.

Chip disputed the payment through PayPal, and the seller tried to push the family to informally settle. The amount is still being disputed. Lisa says she has spoken to other victims of the same scam.

The Morehouse Saabs’ story has a not entirely unhappy ending though. Through Corcoran’s Facebook group, Lisa was tipped off to skeletons in stock on Home Depot’s website. On October 12, Lisa managed to snag a second Home Depot skeleton, the Inferno model — though its expected shipping date is, alas, November 2.

As for the 12-inch piece of junk? “We just have that hanging from the giant one’s hand as a joke,” she says.