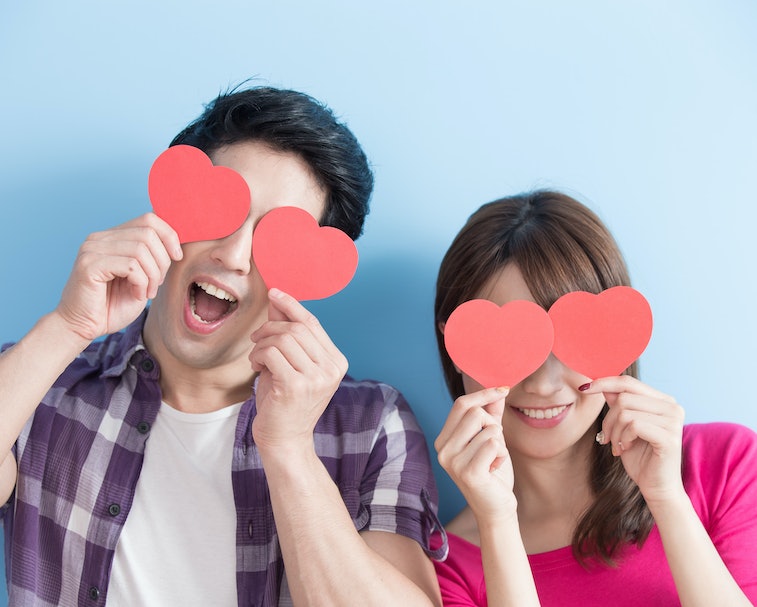 Japan's birth rate, which economists have warned has been falling for years and means the country's population is set to decline precipitously this century, could get some help through artificial intelligence (AI). According to a new report by the BBC, the Japanese government plans to subsidize governmental programs that are centered on encouraging couples to get together and have families.

The birth rate in Japan fell below 865,000 babies in 2019, which means without intervention, Japan will soon struggle to fill roles in its workforce. It's hoped that AI matchmaking programs could optimize the likelihood of a successful match for singletons, leading them to eventually start families. Proposed systems will allow users to submit a huge range of personal information and be matched with a potential partner... it's like OkCupid, but the Japanese, hyper-futuristic version.

At the moment, per the BBC, there are already human matchmakers attempting to bring people together. But with AI, Japanese authorities are trying to introduce a degree of sophistication to the process.

What the authorities say — An AFP report notes that the funding for AI ventures will allow programs to take account of even smaller details like recreational activity and social values an individual appreciates in their potential partner. A cabinet official told AFP, "We are especially planning to offer subsidies to local governments operating or starting up matchmaking projects that use AI. We hope this support will help reverse the decline in the nation's birthrate."

AI as Cupid — Of course, there are pros and cons to this algorithmic approach. In the west, despite people experiencing varying amounts of success on dating apps, a growing body of literature by tech experts has criticized this algorithmic-heavy philosophy for turning dating into a marketplace where something as banal as swiping right or left on a human being can make or break a chance for romance. Critics say individuals are viewed as commodities and replaceable products, not complex, living beings deserving of respect, let alone love.

There is some truth to these apprehensions. But a healthy dose of AI medicine could help by perhaps encouraging people to break out of their shells and approach strangers with more confidence. It could even give skeptics tangible proof — like matching scores — to promise some hope for romance and assuage the fears of the painfully shy.

Still, Japanese economists argue that raising wages — not subsidizing AI — would be more helpful to inspire the youth into action. Regular employment that yields more livable wages would have a stabilizing effect on a young person. Instead of toiling paycheck to paycheck and having no time for recreational activities, a steady job could improve their living conditions by giving them enough time and energy to make room for socializing and possibly meeting new people... or thinking about having children without worrying how to afford it.

To substantiate their argument, these economists point to recent studies that suggest low incomes and long hours are killing romance among the young people of Japan. We share their pain and their tredipation.