“Most American ladies have been brainwashed in modern times.” 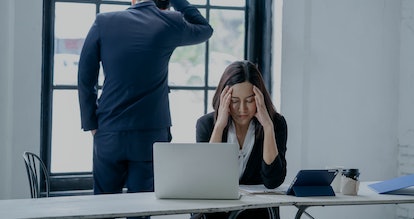 Kraken, a U.S.-based cryptocurrency exchange, no longer wants its employees to call each other out when they’re being racist or xenophobic. In fact, Kraken really only wants staff to speak to each other about mainstream crypto adoption. Anything else is a distraction from “The Mission.”

The company this week released an extensive (and exhausting) document entitled “Kraken Culture Explained,” in which Kraken attempts to do exactly that with varied degrees of success. Much of the document pertains to The Mission — “to accelerate the worldwide adoption of cryptocurrency because we believe that this will improve the lives of billions of people and usher in a new era of human flourishing.”

Meanwhile, The New York Times timed up the publication of a stunning deep-dive into Kraken CEO Jesse Powell’s strange culture war at the company, which seems to often get mired in debates around personal identities and semantics. Powell doesn’t think identifying with a set of pronouns is at all useful, for example, and has said as much to his employees on many occasions.

Get in or GTFO — Beyond explaining Kraken’s ideal work ethics, the document also posits that anyone wavering in their belief of The Mission because of the current bear market should simply leave the company.

“We have not readjusted our hiring plan, and we do not intend to make any layoffs,” the company writes in an accompanying blog post. “We have over 500 roles to fill during the remainder of the year, and believe bear markets are fantastic at weeding out the applicants chasing hype from the true believers in our mission.”

In a tweet about the Kraken culture document, Powell said the company has had “a few heated debates” and that about 20 people of the company’s 3200 total employees aren’t on board.

Some more highlights — “Kraken Culture Explained” is long-winded for a document that essentially boils down to we’re going all-in on crypto, even if every sign points to that spelling disaster. The over-explaining does, at the very least, produce some pretty intriguing language:

(There are many, many more, but we’re running out of space.)

Yet another egomaniac — This extended explanation of workplace culture begins to make a lot more sense when you interrogate the beliefs of the man running Kraken. Powell is, according to Kraken employees, so open with his personal belief system that those beliefs end up steering the company ship.

Powell’s is a strong worldview. He recently asked one of his employees: “If you can identify as a sex, can you identify as a race or ethnicity?” He has questioned on many occasions the use of preferred pronouns and even led a workplace discussion about “who can refer to another person as the N word.”

Here’s another good one: “Most American ladies have been brainwashed in modern times.” That one he reportedly said on Slack — a brash move given the chat program’s long memory.

Powell is, by all accounts, a regular Adam Neumann. We all saw how Neumann’s business ethics played out.

“Problem is I’m way more studied on the policy topics, people get triggered by everything and can’t conform to basic rules of honest debate,” Powell tweeted. “Back to dictatorship.”