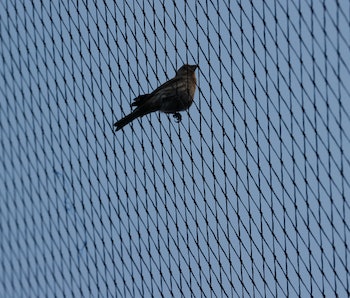 Maybe you’ve encountered the following problem before: It’s a Thursday, the roommates are out for the night, and so you decide to treat yourself. I’m going to eat a nice dinner and watch the ball game tonight, can’t wait to see my [insert local team here] play — I heard they’re in the running for the division! And then right as you settle in, you receive an error screen relaying the message that your local broadcast is blacked out:

This conundrum — an inability to watch the baseball team that plays maybe 20 miles or so from where you sit — will apparently come to an end as the MLB is reportedly in talks to launch a streaming service that would allow fans to watch their local broadcasts without a cable subscription.

The New York Post reports the web-based service could arrive by 2023 and include partnerships with the NBA and NHL, effectively ending local blackouts for those respective leagues as well. While costs will vary based on where you live, Kosman went on to note that subscription rates could be within the $10-$20 range, which is cheaper than a cable package.

Cord-Cutting— We know, we know, another streaming service isn’t exactly the most exciting news considering the market is over-saturated and will only continue to grow. Another monthly payment for media, oh boy. But it is worth noting that fans of basically every sports league (not just the MLB) have to find workarounds every year to watch home games for their favorite teams. This usually means a shoddy stream that at best has a toxic chat bar on the side and at worst lags. The only other alternative is to purchase a cable bundle that contains the regional sports networks that have the rights to exclusively broadcast a certain team’s home games.

What we find interesting about this development is that the MLB is spearheading the alternate service and not, say, the NBA, a league that always tries to place itself as the most forward-thinking sports organization in the country. But the appeal of baseball has been dwindling for years as youth culture has become more intertwined with basketball. We’ll leave you with this collection of stats, again courtesy of the NYP:

“MLB viewership is down about 12 percent this year compared to the 2019 season. The 45 million fans who attended regular-season games in 2021 amounted to a 34 percent drop compared with two seasons ago. While the pandemic was largely to blame, it was the lowest number of fans in a full season since 1984.”

What good are exclusive rights and blackouts if no one’s watching anyway?