Match cheated on Tinder deal, now has to pay founders half a billion dollars 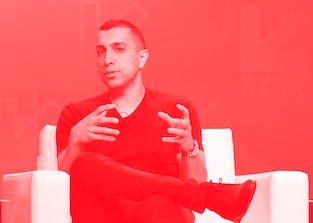 Total settlement fees to be paid by Match Group.

Match Group, owner of popular dating apps OkCupid, PlentyOfFish, and Tinder, has agreed to pay $441 million to Tinder’s co-founders for undervaluing their brand three years ago. The plaintiffs in the case allege that Match cheated them out of about $2 billion — so the settlement is, in a sense, a great deal for Match.

The case was first filed in 2018 by Sean Rad, Justin Mateen, and Jonathan Badeen, who collectively created the Tinder prototype in 2012. Their case rides on the allegation that Match funded and carried out an extensive campaign to deride a 2017 valuation.

Match is, at this point in time, an absolute beast in the dating app industry. Just about any dating app you can think of is owned by the conglomerate, now — it even purchased Hinge a few years back. Bumble is essentially the only popular dating service not owned by Match. That $441 million settlement is a sizable chunk of cash for Match nonetheless; that’s more than half the company’s revenue from Q3 of this year.

A few billion short — The lawsuit at the center of this settlement is all about money Tinder’s co-founders believe they’re owed. It was originally filed against Match Group’s parent company, IAC, but IAC is no longer involved — the companies separated in 2020.

The lawsuit is a doozy. Rad, Mateen, and Madeen claim IAC and Match Group purposefully muted their view of Tinder’s potential growth and impact in order to minimize the brand’s valuation, in turn paying significantly less to its co-founders. About $2 billion less, overall. Tinder’s co-founders say Match and IAC also “conducted a disinformation campaign” to decrease that valuation.

Folded into the lawsuit was also a claim that former IAC CEO Greg Blatt sexually harassed a Tinder employee and covered it up. Match categorically denied those allegations and Blatt — who no longer works for Match — ended up suing the employee for defamation. That part of the case has been spun out separately and is still ongoing.

Total dating domination — Match has said it will pay for the settlement costs entirely with cash-on-hand. That shouldn’t be too much trouble for the company, which currently sits at a market cap of $36.3 billion. The settlement news does seem to have troubled some, though; Match’s stock price dipped below $129 per share today, the lowest it’s been in more than a year.

Match is one of the rare companies that’s actually managed to become more profitable during the pandemic. Match has even managed to expand this year, acquiring Korean dating company Hyperconnect for $1.73 billion in February. Now the company just needs to hope the FTC doesn’t come ringing its doorbell with allegations of monopolization.