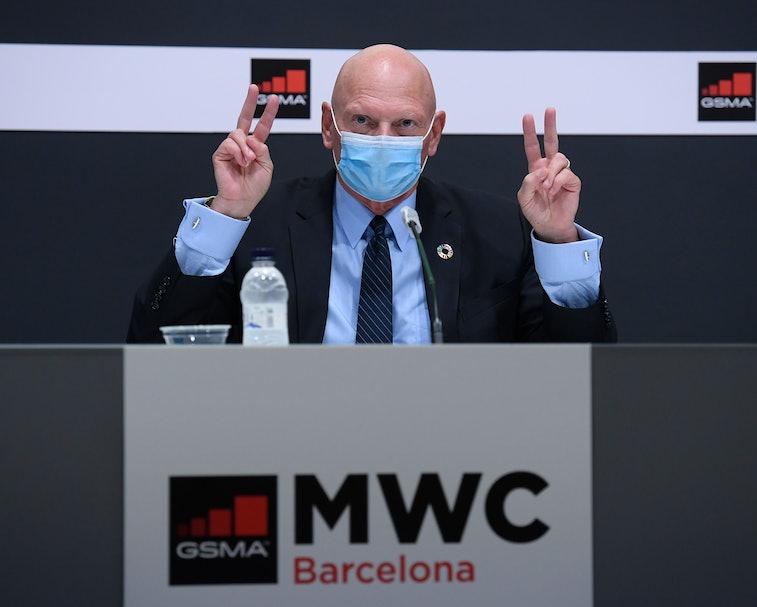 Mobile World Congress (MWC), the largest phone show in the world, was one of the first casualties of the COVID-19 pandemic, back when we still had hope that the novel coronavirus would be a minor nuisance at best. Now MWC has been postponed again — all the way to next summer.

The GSMA, which organizes the annual event, announced the postponement on Twitter today.

Mats Granryd, Director General of the GSMA, said in a statement: “With a continuously changing global outlook and following consultation with our board and membership and our top exhibitors, we have taken the careful decision to reschedule MWC21 Shanghai in February, and MWC21 Barcelona in June. The health and safety of our exhibitors, attendees, staff and the people of Barcelona are of paramount importance.”

Remember large gatherings? — Ah, February 2020: little over half a year ago, but also a different lifetime entirely. Fresh off a crowded stint at CES and ready to take on a year of tech conferences.

Little did we know MWC was only the beginning. Tech giants began pulling out of every important conference long before the novel coronavirus had even touched down on American shores. Facebook’s F8 conference, Google’s I/O conference, E3, SXSW — everything completely canceled, thanks to COVID-19.

Given how the virus has progressed since, MWC’s original rescheduled March 2021 dates were definitely too close for comfort.

Will they pull it off? — Though the press release does much to tiptoe around this fact, MWC 2021 is going to be held, for the most part, in-person. The GSMA’s press release on the matter says the Barcelona event “will also have virtual elements to complement the overwhelming demand to convene physically.”

Planning an in-person event of this size close to a year in advance is a massively risky move. It’s very possible, for one thing, that tech companies won’t feel comfortable sending their employees into a petri dish by June 2021. And even if exhibitors do show up, there’s no telling how many people will feel ready to gather in large crowds by then.

Of course, the GSMA is likely facing huge amounts of pressure to hold its most profitable event — especially after last year’s didn’t have so much as a virtual component. Whether or not it actually manages to turn a profit will largely come down to how the pandemic ebbs and flows over the next six months or so (and, of course, on our ability to shake off the shared trauma left by it).