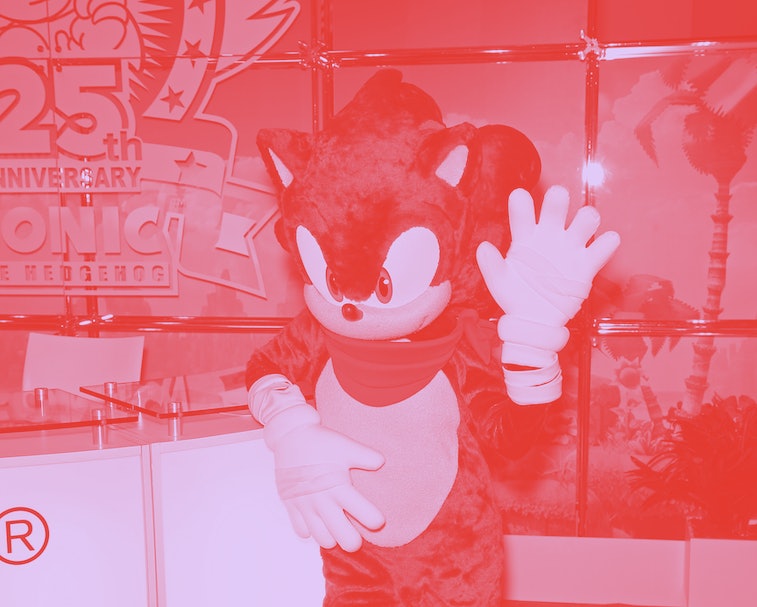 If a recently deleted tweet from Netflix is to be believed, we are fast approaching a Sonic the Hedgehog multiverse. While details are scarce (y'know, because of the deleted tweet and all), it seems a new, CGI-animated Sonic series is heading to the streaming platform in a couple years' time.

Coming to Netflix sometime in 2022 — The disappeared tweet, which read "Rings? Check. Sneakers? Check. Speed? SONIC," alongside an image merging the Netflix logo and Sonic's iconic silhouette, indicated the show is being developed by Sega alongside the production companies, WildBrain (Netflix's Carmen Sandiego reboot) and Man of Action Entertainment (Marvel's Avengers Assemble). The series appears set to premiere in 2022, just one year after Sonic's 30th anniversary.

There isn't much information aside from that at the moment, but we'd imagine this will be completely separate from this year's Sonic the Hedgehog movie starring Ben Schwartz, Jim Carrey, Tika Sumpter, and James Marsden (thank God).

Even with the prospect of a course corrected Sonic series, Netflix still needs to make up a lot of ground if it hopes to remain a viable player in the streaming wars. After increasing its prices (again), it's currently one of the worst values on the market, and one of its most recent innovations seems to be...um, cable TV? That's not to say the platform doesn't offer good shows and films, but with ridiculous lineups being announced by competitors like Disney, morsels like a new Sonic show just ain't gonna cut it.