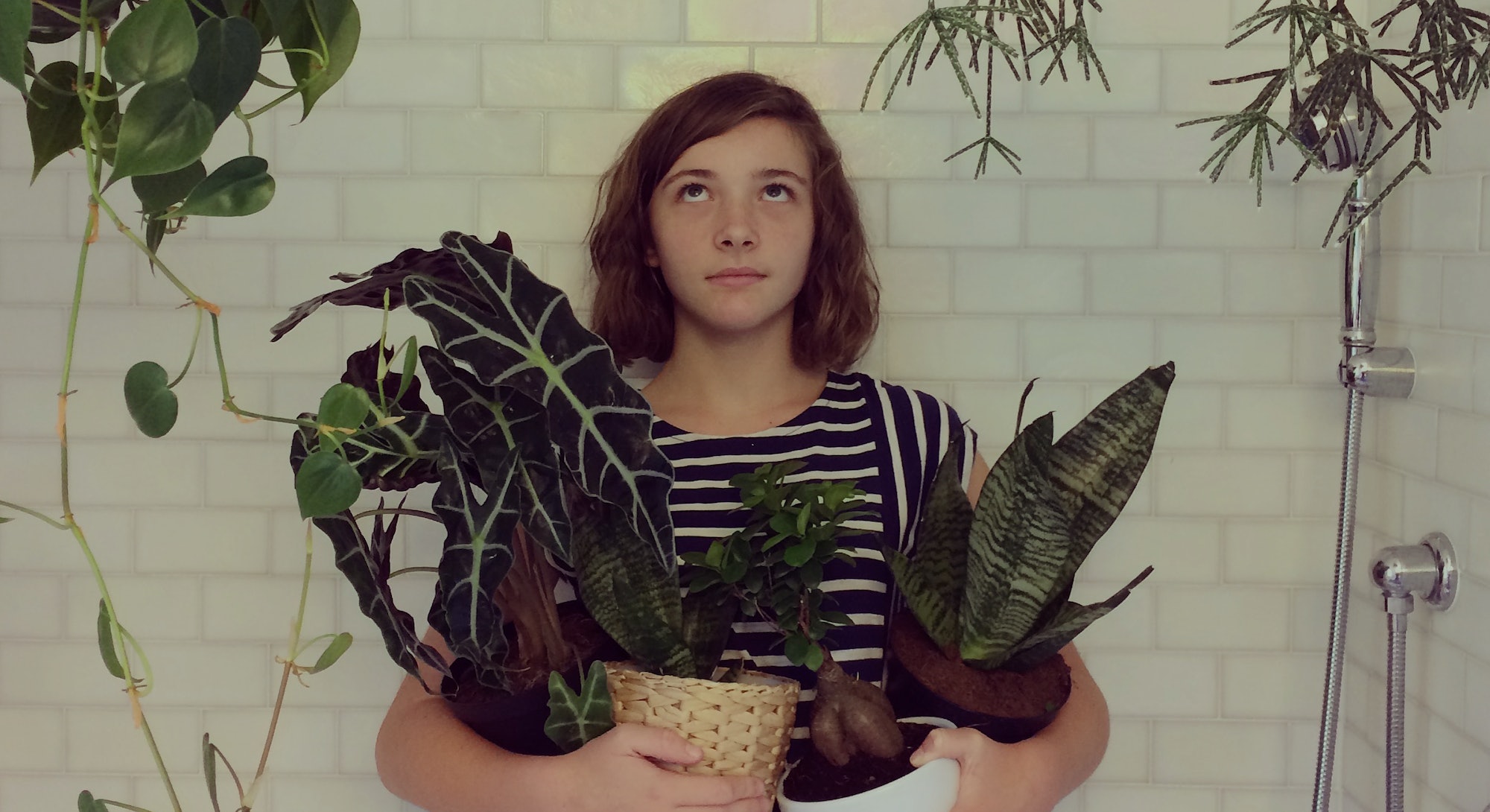 Becca De La Paz, a fulltime plantfluencer known as Becca De La Plants to her 97,800 followers across YouTube and Instagram, has been thrilled by the recent rise in popularity of houseplants.

But like many people in the plant community, she fell victim to a common problem: She had too many of them.

“I’ve definitely needed to get rid of stuff because it got to be too much,” says the 25-year-old De La Paz, who lives in Missouri and owns over 100 plants, including prayer plants, snake plants, and a monstera vine that towers over her. The influencer noticed her collection, which she spends most of her time caring for and filming, had spiraled out of control at the start of 2020.

“You buy plants, and you propagate them, and then suddenly you realize you have six more big plants you feel you can’t get rid of, because you feel attached to them,” she says. “At one point, I couldn’t see out of my windows.”

The pandemic, which had many people looking for ways to occupy themselves, sparked the ongoing houseplant craze. According to the U.S. Census Bureau, Americans spent 18.7 percent more on gardening-related items in 2020 than they did in 2019 — an increase of $8.5 billion.

Today, the internet is overgrown with plants. Facebook group The House Plant Enthusiasts & the House Plant Hobbyists has swelled from 45,000 members in 2020 to 164,400 today, and TikTok’s #plantsoftiktok hashtag has almost doubled in size in the last year, reaching 4.6 billion views.

Like De La Paz, many in the online plant community have a hoarding problem. “It really boils down to the idea of retail therapy,” explains Dr. Eugene Chan, an associate professor in consumer science at Purdue University. The academic co-wrote a research review on this online consumption, which found that people were more likely to splurge during lockdown. “The pandemic made people want to seek out comfort, which made them more likely to buy new things.”

Fern Morrissette, a 29-year-old full time plantfluencer from British Columbia who recently downsized her collection to just over 200 plants, agrees that the desire for comfort, combined with the increased time spent on social media during the pandemic, exacerbated the hoarding issue.

“When people see these big collections on Instagram, they want them,” says Morrissette, who has over 200,000 subscribers across YouTube and Instagram. (Yes, her real first name is Fern.) She was overwhelmed with images and videos of immense collections, like Australian Jorja Thomson’s assortment of more than 1,000 houseplants.

“I would see people’s houses that looked like jungles,” Morrissette says. “That was almost my goal, but I realized it’s not realistic.”

De La Paz agrees social media can be a bad influence. “The culture of consumption is so big on YouTube. Unboxing, plant haul, and shopping videos are the most popular,” she says. The influencer has tried to distance herself from these videos in recent months by switching the focus of her content to plant care.

De La Paz believes online plant groups like Reddit’s r/houseplants, which has 941,000 members, could be adding Miracle-Gro to the soil, metaphorically speaking. “There's lots of memes that claim you can never have too many plants, or encourage people to buy more,” De La Paz says. Some of the top humorous posts on the subreddit reference enormous plant collections and compulsive buying. “It’s all lighthearted, but some people don’t have that control to avoid buying. Seeing this stuff motivates it.”

Jimmy Nguyen, a neonatologist and plantfluencer from California who has 53,700 followers across YouTube and Instagram, thinks the nature of plant care, which requires frequent purchases of equipment, guides, and tools, is to blame. “Collecting plants is a hobby where you have to dive in deep,” says Nguyen, 37, who is in the process of downsizing his collection of 200 plants. “That can lead to people spending more than they anticipated. I think that’s very common.”

It’s even pushed some people into debt, including Morrissette. “I’ve put plants on my credit card when I probably shouldn’t have,” she says. “Especially in 2021, because things got so expensive.” (Houseplants experienced an average 19 percent price increase over the course of a year.) “So many people got into the hobby, and there weren’t enough plants available,” she says. “The prices went absolutely crazy.”

A growing number of reports of debt in the plant community has caused concern and sparked videos from plantfluencers like PlantMeAshley and LuLu’s Leaves warning hobbyists against buying plants with credit.

Chan says the meaning people ascribe to plants could be behind this borrowing problem. “It makes sense that people might be willing to go into debt when buying plants because the plants provide comfort,” he says. “People don't consider long-term negative impacts, because the immediate benefit of the plant outweighs them.”

Many plant Facebook groups revolve around the sale of plants, conducted by people who are “purging” their overwhelming collections. Some hobbyists chase the thrill of getting a plant through these auctions, which increases overconsumption.

De La Paz has experienced the negative consequences of these virtual events. “Auctions on Facebook work on the basis of who can get there the fastest,” she says. “When I first started using them, I purchased plants that I didn’t really want, because it was exciting to win. It’s like gambling.”

She believes the speed of the highly competitive auctions makes things worse. “You have to immediately commit without having any thought, and you’re unable to make a critical decision,” she explains. “You can buy the wrong plant because it all happens so fast.” (In addition, some online retailers have shifted toward a hypebeast-style “drop” culture.)

Nguyen also has been caught up in the excitement of plant auctions, and thinks the social aspect spurs people on. “When you’re in the auction, chatting and commenting, you’re doing it amongst your peers and friends,” he says. “The social element plays such a big and potentially negative part. It’s very common that people drink more in a social environment because it’s harder to say no. I think these auction groups are very comparable. There’s definitely a high to winning a plant.”

Although the social element of the online plant community can encourage destructive behaviors, it’s still a lifeline for many people. The hobby has been linked to a multitude of benefits. Research has shown that houseplants improved people’s moods during lockdown, and academics have linked plant ownership to increased wellbeing, reduced stress, and even higher pain tolerance.

Although De La Paz is well aware of her community’s issues, she has faith in its potential to be a force for good. “Gardening is an isolating hobby, because you’re doing it inside your house. So my whole thing since I started my Instagram has been about bringing people together,” she says. “It’s a really beautiful thing to own plants. The plant community is generally a good space full of so many good people. I wouldn't be a part of it if it wasn’t.”