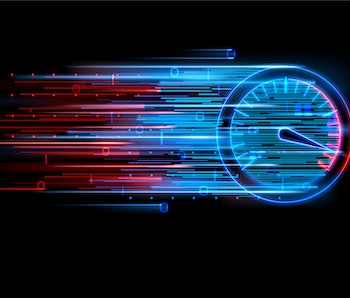 Designed to "help you measure the quality of your streaming experience before you queue up your next video," what this really means is now you can statistically measure your tenuous connection to the outside world for free... should you suddenly be feeling the need to punish yourself. Because, this being America, depending on where you are your connection might be even worse than you thought... and you probably don't have many (if any) other options for internet service providers.

Different speeds for different functions — While you might initially find the new feature redundant given Speedtest's, well, testing of internet speed, Ookla explains that the addition is actually pretty useful in its own right. "While network speed certainly impacts your video experience, providers routinely prioritize video traffic differently than other traffic," reads the press release. "This means that video can perform very differently than the rest of the things you do online, no matter how fast the download speed of your network." (This right here, folks, is why net neutrality matters and needs to be defended.)

To do this, Speedtest runs its own video sample through the app to measure internet streaming limits. "An accurate video measurement requires an actual video to be played, because video traffic cannot be simulated across a network," the team at Ookla explains.

Results might vary — All that said, a very anecdotal, very amateur test of the new service raised a few questions for this author, whose New Orleans-based internet speeds are notoriously dismal. While the standard Speedtest run gave an expected (if still embarrassing) return of 47.3 Mbps for downloads and 2.69 Mbps for uploads, the video trial resulted in a suggested maximum 4K resolution, perfect for most large phones, tablets, and TVs... but that definitely doesn't align with my real-world experience here. While my internet speeds can occasionally handle that kind of quality it's certainly not the norm.

In any case, it's still a good tool to have on hand for reference's sake, or at the very least to have some concrete numbers to through back in your internet provider's face next time you're calling customer service. Although Speedtest's new feature is currently only available on the app's iOS version, Ookla says it plans on adding video stream testing to its other platforms in the near future, so non-Mac users can soon feel just as powerless as the rest of us.