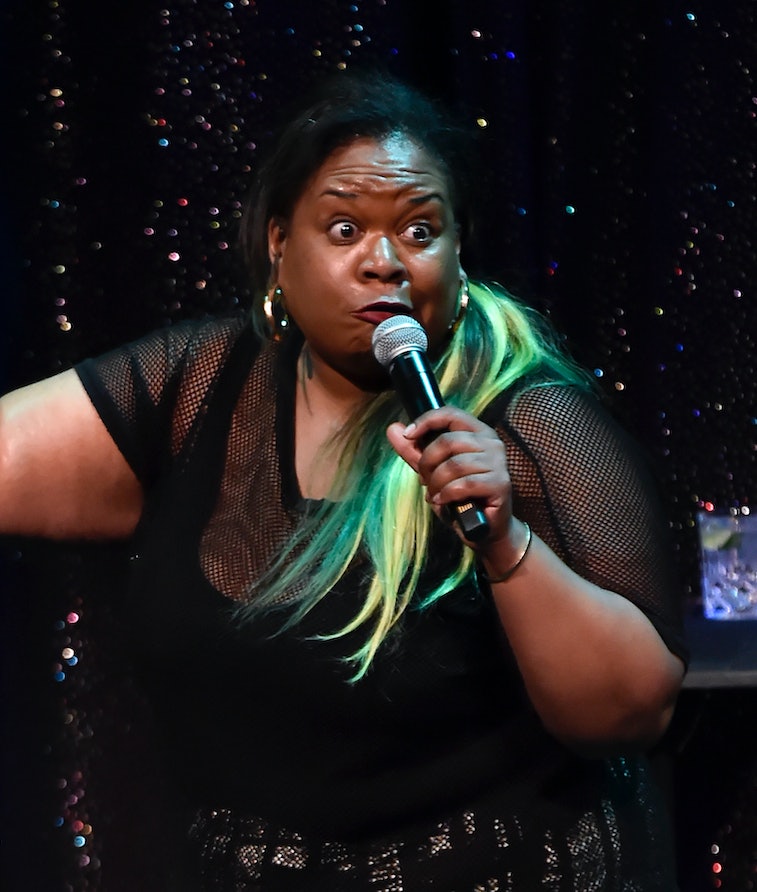 Tuesday night. I haven’t left my apartment in three days. My muscles have basically atrophied, so all I can manage is clicking between Chrome tabs. Under normal circumstances, I might be at a comedy club in New York. Instead here I am on Zoom, watching comedians playing the video game Where in the USA Is Carmen Sandiego? 3.5.

The livestream is hosted by downtown New York venue Caveat, which since March 12 has been closed to the public due to the coronavirus outbreak. Even though I can technically watch the stream for free, I’m paying $15 for the privilege.

And, assuming you’re still earning a living wage, you should be kicking in some dollars for all the creative folks performing live on the internet, too. You know those scumbags who listen to an hour of live music at the bar then sneak away when the money hat comes out? Don’t be that scumbag.

And if you’re hung up on the idea that streaming is a lesser experience, now is the time to suck it up. Twitch has 15 million daily users for a reason.

“If it’s free on YouTube, it sets an expectation that it will all be free.”

Musicians know this better than most. Spotify pays between $0.006 and $0.0084 per stream to the holder of music rights. That is basically nothing. (Musician and activist Evan Greer recently launched an online petition calling on Spotify to triple its rates permanently.) Touring is how musicians make money now. Ninety percent of Taylor Swift’s revenue comes via her stadium concerts.

“If it’s free on YouTube, it sets an expectation that it will all be free,” Levine says. “You’re also competing for attention, because that’s the currency."

What if we flipped the script and made the currency our literal currency? Live shows are straightforward: whether I know the artist in advance or not, I buy a ticket, I buy a rum and coke, I buy some merch (if I’m feeling crazy). When watching a most likely struggling performer live online these days, you should pay the same price — at least — of what you’d cough up to see them in the flesh.

Artists are among the most vulnerable when the economy begins to tank. (Around 120,000 people are already out of work in Hollywood. If a shutdown lasts through June, which might be a best-case scenario, the U.S. entertainment industry could lose about $12 billion.) And artists are also the ones to step up in times of crisis, providing us with entertainment while we try not to gouge out our roommates’ eyes. They deserve our support now more than ever.

“Pretty weird seeing people scoff at the idea of paying artists relief funds during this shutdown, while [they are] also answering every ‘what are you doing during quarantine’ post with ‘binge-ing tv shows, movies, books, comics and podcasts,’” Los Angeles-based actor Zachary Luna recently tweeted.

“After a few weeks of no work, I can’t keep paying rent,” Luna tells Input. “I’m scared I won’t be supported by what we as a society set aside as allocated funds for supporting the citizenry. If you are continuing to work and you can do so from home, the contrast with what we do at least deserves some empathy.”

Caveat discussed throwing up a paywall for its livestreams. Ultimately, Caveat creative director Kate Downey says, the venue decided it wasn’t in the spirit of the times. The industry standard is to ask livestream viewers to donate if they’re able — a “pay what you can” approach.

Let’s provide for the entertainers. We’ve got to try.

Levine is worried about the sustainability of this model amid a pandemic. “It’s a tough time, and I don’t think ‘pay what you want’ works right now,” he says. “If I’m ordering stuff from the supermarket, there is no logistical or financial reason why I can’t order champagne and lobster tails, but I guarantee you nobody feels like that’s the right thing to do right now.”

Still, we’ve got to try. Technology has provided us with a way to enjoy live entertainment in quarantine. Let’s provide for the entertainers.