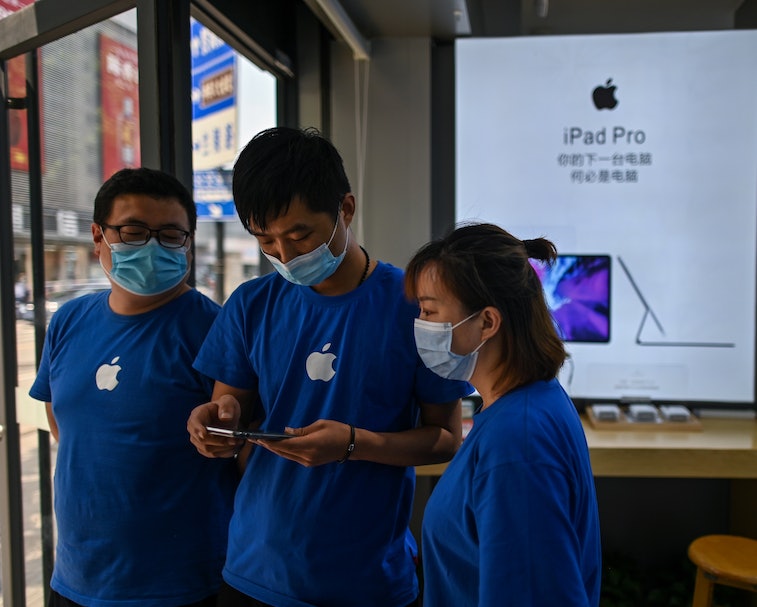 Apple has removed Pocket Casts, a popular podcast-listening app, from its App Store in China, after being pressured by the Chinese government to do so. Pocket Casts announced the removal of its app on Twitter last night.

Pocket Casts made the decision to take the app down after the Cyberspace Administration of China (CAC) suggested it might be able to remain if it was willing to censor some of its content. The company refused on the basis that it believes podcasting “should remain an open medium, free of government censorship.”

China’s Great Firewall reaches far and wide. Pocket Casts is not the first app to be hit by China’s strict censorship, and it surely won’t be the last, either. It's also not the first time Apple has bow to China's demands when it comes to apps it deems inappropriate.

Unclear content problems — Based on comments provided by the company on Twitter, the CAC didn’t provide Pocket Casts with much information about what, exactly, the Chinese government wanted it to censor. The company says it was contacted by the CAC through Apple and was told to contact the CAC directly for more information about the proposed censorship.

And Pocket Casts did contact the CAC. The company came out with no more information than it had started with. Pocket Casts was told simply that the app includes “content that is illegal in China as determined by the CAC.”

Black Lives Matter? — Pocket Casts has suspicions that at least some of the objectionable content pertains to ongoing protests in the U.S. Of course, it could just as easily include pandemic-related shows, or even shows about the recent anniversary of the Tiananmen Square protests — an event China still does its best to pretend never happened.

“We assumed that what they’d want us to remove are specific podcasts and possibly some of the Black Lives Matter content we’d posted,” a Pocket Casts spokesperson told TechCrunch.

Castro Podcasts, a smaller podcasting platform, was also recently removed from the App Store in China. The company has similarly speculated whether its support of ongoing protests brought it to the attention of the Chinese authorities.

Apple loves China — Apple has a history of caving to the Chinese government’s pressure for censorship, so this latest removal doesn’t come as any surprise. The tech giant relies on China for its supply chain, and the country is also its third-largest market. There's no way the company would risk its valuable business in China — and risk supply chain problems — for a podcasting app, or for any app for that matter. The rules are simple: If you want to do business in China you have to play by its rules.

The subject of free speech in China is touchy, to say the least. The country's government has even taken to censoring Zoom calls started in the U.S. And Apple's not going to do anything to stand in the way of the Chinese government, at least not while so much money to be made there.

More like this
Jessica Lucas
5.19.2022 12:00 PM
Parenting
Critics say YouTube’s Dad Challenge Podcast has gone too far
Will Gendron
5.26.2022 12:00 AM
Design
Apple will finally make deleting your app accounts less of a nightmare
Will Gendron
5.20.2022 12:42 AM
Culture
Failed BAYC dating app with ‘too many bros’ wasn't real, but could have been