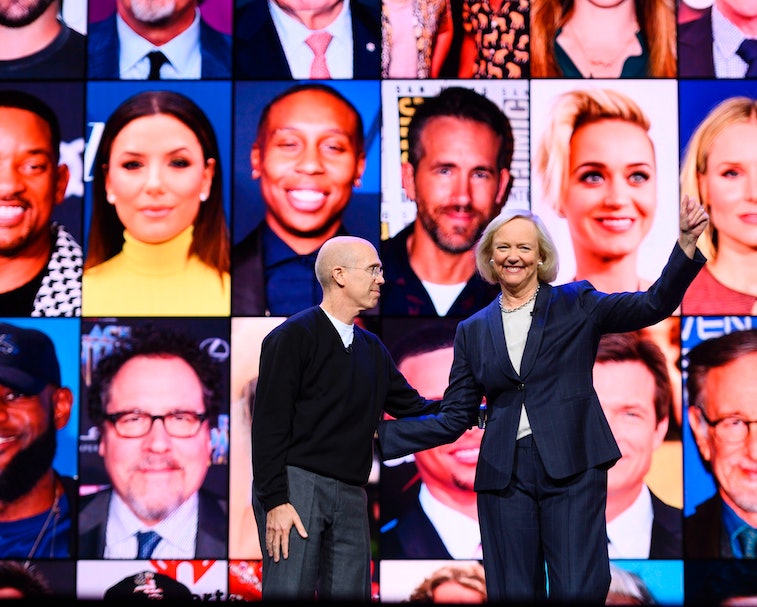 Quibi, the short-form streaming video service that will be available exclusively on mobile devices, now has an app live on the Google Play Store and Apple’s App Store. The service doesn’t actually go live until April 6th but if you download the app now you can pre-register to be alerted when it's launched. From the looks of the screenshots included in the app store listings, it looks like a fairly standard streaming experience.

Color me skeptical of Quibi — But the company has raised a lot of money and is putting it to work producing content from big names including Guillermo del Toro and Steven Spielberg. Beyond original shows the company is also rebooting some old favorites like Reno 911! and Legends of the Hidden Temple — all in episodes less than 10 minutes in length, of course.

That short-form thing has always been a controversial aspect of Quibi. The company believes younger demographics want to watch short videos on their phones during downtime, like sitting on the subway. We already know people watch a ton of YouTube on their phones but Quibi thinks if it’s high enough quality they’ll pay a premium for it.

Hollywood is moving in fast — Considering Disney+ costs $6.99 without ads compared to Quibi’s price of $7.99 for the same, but with much less content. Other services like Hulu start at lower prices with ads but similarly offer much more, and you’re not limited to watching from your phone. There's also Peacock, NBCUniversal's upcoming service that will offer a free tier.

The landscape has shifted a lot as all of Hollywood rushes to come out with its own streaming offerings in order to blunt the slow death of cable. Maybe Quibi was too slow?

Quibi will at least be offering a “turnstile” format for content where it says users can watch videos either in horizontal or vertical mode and not lose any of the content. While we don't yet know whether the format will be popular, Quibi says it's an "innovation" that wouldn't have been possible if the service were also available on standard TV screens.