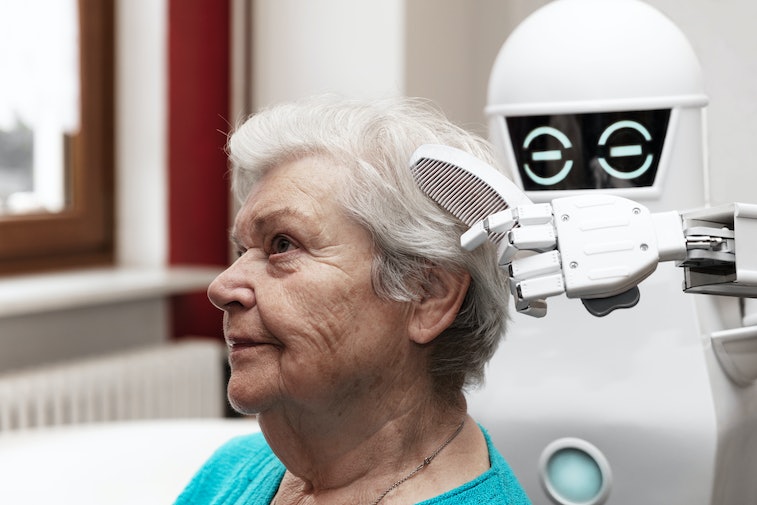 Older people were already feeling isolated pre-pandemic, and this year has only exacerbated this issue as they isolate themselves away from friends and family to stay safe. But it’s not just hugs or companionship that they’re missing. Bioethicist Nancy Jecker posits that sex robots are an essential part of how we care for the elderly in the future, in a paper published in the Journal of Medical Ethics.

Sex is part of mental health — Not to discount the experiences of asexuals, but sex is often a significant part of most people’s interpersonal relationships. No matter how gross you might find it that grandma’s expanding her knowledge of tea bags in the nursing home, she still wants to find her bliss, as partially evidenced by the ever-increasing STI rates among senior citizens.

Applying technology to older people’s lives typically has a bit of an infantilizing tone to it. From dropping in on their Alexa devices to monitoring their poop, the world of tech is largely concerned with their physical health rather than their mental health.

Jecker acknowledges how the sexbot industry largely caters to young, able-bodied, cis males — who arguably don’t need these products. This market could be better targeted towards the elderly and people with disabilities if society could view these demographics as sexual beings.

“As the discussion of ageism in medicine and science makes evident, older people’s sexual functioning is vulnerable, not just to physical changes related to ageing [sic], disease and disability but also to being a target of social stigma and scorn,” Jecker writes, arguing for dignity in how people age. “The crux of the argument is that our sexual desires are not mere desires; for many, they are fundamental to a sense of who they are as human beings.”

Jecker doesn’t want this new generation of bots to be as utilitarian as their healthcare counterparts. Rather, she calls for thoughtful design — regardless of whether the robot can perform sexual acts — focused on the user’s general state of wellbeing as opposed to task-based functionality.

Honestly, if you don’t call and you don’t write, the senior citizens in your life deserve a fresh way to experience companionship. Don’t be weird just because it might be a sexbot.