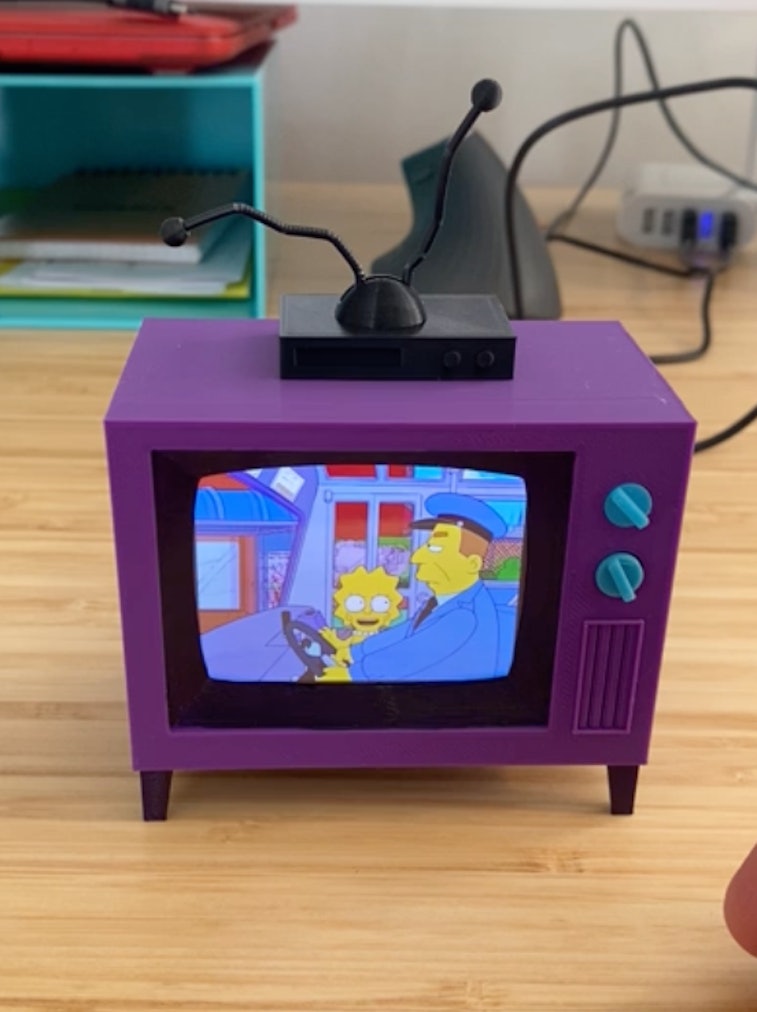 A user on Reddit has created a tiny replica of the TV found in the Simpson family home, and it actually plays episodes from the show at random. If there’s any reason why 3D printing was invented, this is it.

The TV is small enough to fit in your hands, but its dials work — one will turn the TV on, and the other adjusts volume. The display is 640x480 and powered by a Raspberry Pi Zero and an SD card loaded with 11 seasons of episodes. A USB port on the back will keep it running.

Lay back experience — User bubba447, who created the TV, said episodes play at random because they wanted to create a classic “always on” experience. You have to love the idea of always having this TV on at your desk (while you’re “working”) and you’re just surfing through random episodes. Maybe next the creator can splice in some commercials to make it feel even more authentic.

DIY — Full details on the build are supposed to be released later, but the TV was 3D-printed using an entry-level Ender 3 Pro, meaning anyone should theoretically be able to make their own. There’s “plenty of space” inside the housing of the TV to add improvements like a battery for portable use, so maybe we’ll even get some improvements in time as other people get into the weeds on it.