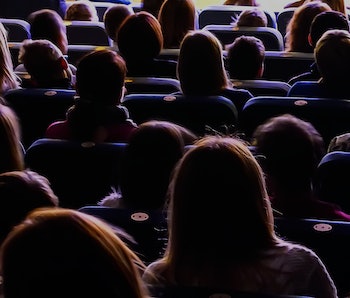 Like any good film franchise, MoviePass continues to find new ways to squeeze a bit more life from something that many thought lost its appeal years ago. It appears the subscription theater ticket service has risen from the dead once again, this time thanks to one of the company’s original co-owners.

Stacy Spikes, who founded MoviePass alongside Hamet Watt back in 2011, successfully purchased back the business via a bankruptcy auction for the assets of Helios and Matheson, which went belly-up in January 2020. Helios and Matheson acquired MoviePass in 2017, and oversaw the service’s explosive (and untenable) growth before floundering in a particularly spectacular fashion. In a delicious bit of irony, Business Insider notes that Spikes was fired by MoviePass’ new owners in 2018 not long after voicing concerns over the strong likelihood for failure.

Spikes did not disclose how much they paid for the company, but said that it was below the auction’s initial minimum bid of $250,000. A new website, iwatchmoviepass.com, is now online and features an email mailing list signup portal. Spikes says the official relaunch will go live next year... but who the hell knows what will happen when it comes to this company?

Another risky move — “We are thrilled to have [MoviePass] back and are exploring the possibility of relaunching soon. Our pursuit to reclaim the brand was encouraged by the continued interest from the moviegoing community,” Spikes said in a statement. “We believe, if done properly, theatrical subscription can play an instrumental role in lifting moviegoing attendance to new heights."

It definitely seems as though Spikes thinks a post-pandemic return to theaters is imminent and believes audiences will be open to making up for lost time with something like a MoviePass subscription. On one hand, this could be a smart move on their part, and one that finally generates a sustainable business model for the long-beleaguered company. On the other hand... well, everything else. The entertainment industry has irrevocably changed after over a year-and-a-half of COVID-19’s effects. It’s difficult to see how theater chains will adapt to this, although so far, it doesn’t bode well.