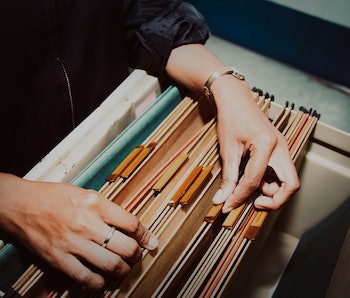 If you've wondered what it looks like when a government agency contacts a tech firm like Google for user information to conduct a criminal or non-criminal inquiry, The Los Angeles Times has some worrisome insights for you.

An anonymous user shared an email with The LA Times, giving a look at how the Department of Homeland Security sought details through an administrative subpoena about this person in light of their immigration status. Google's Legal Investigations Support department informed this person that this means it could send over information about their Gmail, Google Photos, Maps, Calendar, YouTube, and more. Administrative subpoenas, like the one mentioned in this report, don't require a judge's signature and also don't have to demonstrate probable cause.

So, what’s the only way this user can stop that? They would have to file a court-certified motion to quash the inquiry within seven days of receiving the notice from Google. For that to happen, the person has to have the financial means and social connections to hire an effective lawyer who can quickly win a motion to quash a subpoena. For most people — from undocumented individuals to those from financially struggling backgrounds — this is the stuff of nightmares.

Google defends itself — Google has two opposing sides to appease: private users and federal authorities. The company told The LA Times that it simultaneously protects user privacy and wishes to offer help in the "important work of law enforcement" when it is legitimately needed.

“We have a well-established process for managing requests from law enforcement for data about our users: when we receive a request, we notify users that their information has been requested, push back on overly broad requests to protect users’ privacy, and provide transparency around such requests in our transparency report,” an official statement from Google spokesperson Alex Krasov read, according to The LA Times.

How major tech companies compare — Tech firms' responses to federal calls for personal information differ case by case. This is evident in the various transparency reports that major companies published last year. Between January and June of 2020, for example, Google says it received almost 40,000 user information requests from law enforcement authorities. Of those, over 15,500 were subpoenas. The company offered "some data," the report says, for 83 percent of the subpoena cases.

Facebook was also similarly zealous in providing "some" user information for 88 percent of its over 60,000 requests in the same period. But some companies appear less eager to divulge information on their users, which must be frustrating for a government desperately seeking to regulate and curb Big Tech’s power. The firms that appear resistant to sharing huge swaths of user information include Twitter. Jack Dorsey’s company has a slightly lower 59 percent compliance rate for its far lower 3,000 user information requests (you can see the details here).

As Big Tech hoards user data and federal agencies increase their strong-arm tactics, privacy advocates worry that innocent people will become tangled in the crosshairs. Under the guise of information requests, agencies can easily expand the already-sprawling surveillance state.